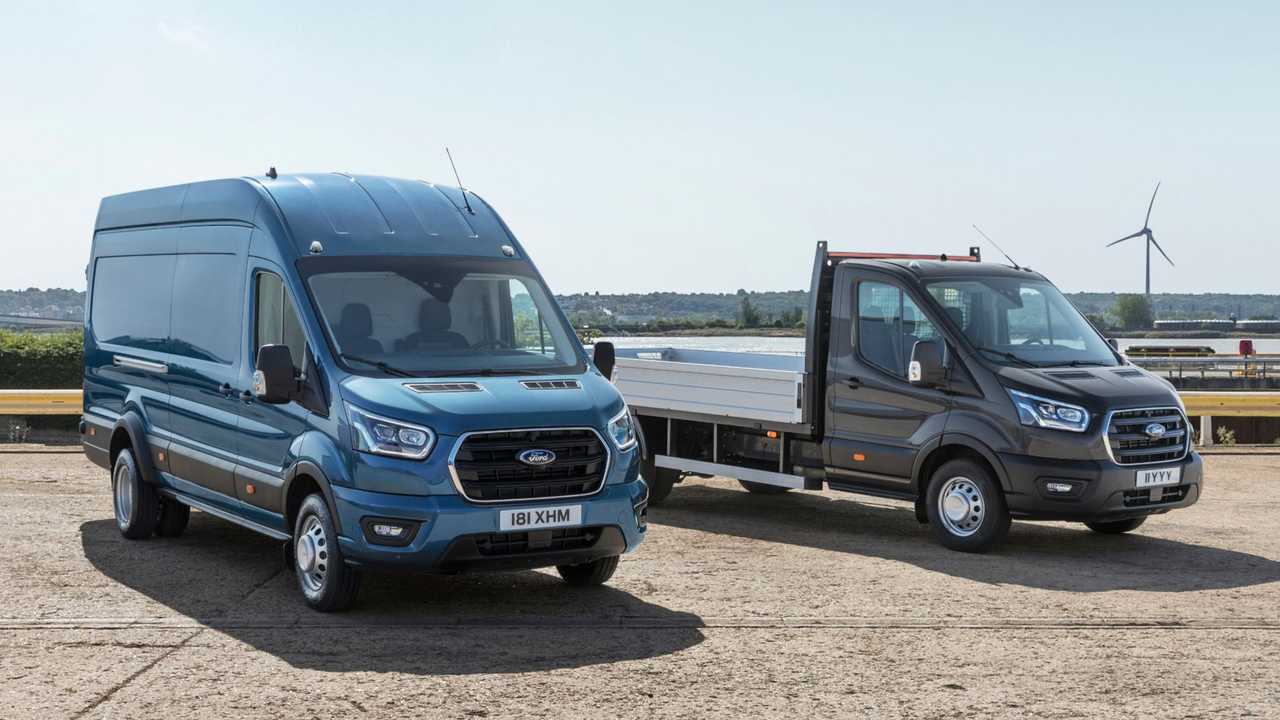 The vehicle has a larger payload than its stablemates.

Ford has announced a new five-tonne version of its evergreen Transit van, designed for use by utility and construction companies. With a larger payload than its lighter stablemates, the new model is said to be the toughest model yet, and it also hopes to lure customers seeking donor vehicles for ambulances and minibuses.

The new model has a 300 kg payload advantage over the next most capable Transit, and is offered with a range of ‘chassis cab’ options, as well as a ‘Jumbo’ panel van variant. In chassis cab guise, the vehicle will be available with a choice of three wheelbases, four frame lengths, and single- or double-cab bodywork with seating for up to seven occupants.

The ‘Jumbo’ van, meanwhile, has a 4.2-metre load bay and a raised roof, allowing it to carry five Euro pallets with a total payload of 2,383 kg. It also comes with more than 15 cubic metres of load space, an integrated rear bumper step and reinforced body sides to improve durability with heavier cargo on board.

More on the latest Ford Transit:

Both vehicles are designed to be prime fodder for converters, with Ford suggesting the chassis cab would be ideal for tippers or dropsides, aerial access platforms and vehicle transporters. The company also claims the single-cab versions would make ideal ambulances and police vehicles, while the Jumbo van would suit “heavier conversions” such as police vans, welfare vans and construction vehicles.

All five-tonne Transits will be equipped with a 2-litre diesel engine producing 168 bhp – all of which will be sent to the rear wheels for optimum traction when fully laden. As standard, the vans come with a six-speed manual gearbox, but a 10-speed automatic is also on offer as an optional extra.

According to Ford, the van has also been upgraded with strengthening features, including upgraded hub assemblies, uprated wheels and wider rear tyres, not to mention upgraded rear brakes. Panel vans get reinforced upper body structures, too, and a 3.5-tonne rear axle is debuting after proving itself on the opposite side of the Atlantic. For vehicles specified with the automatic gearbox, a 2.1-tonne front axle is also included, permitting an extra 225 kg of load capacity.

“We know payload is a key factor for businesses’ productivity, which is why Ford’s new flagship Transit is the most capable, heaviest-rated van we’ve ever built,” said Hans Schep, general manager for commercial vehicles at Ford of Europe. “We listened to our converter partners and their customers who need this extra capability for their businesses, whether it’s a tipper, an ambulance or larger minicoach. The 5.0-tonne Transit’s durable design and flexibility make it an ideal choice whatever their speciality.”