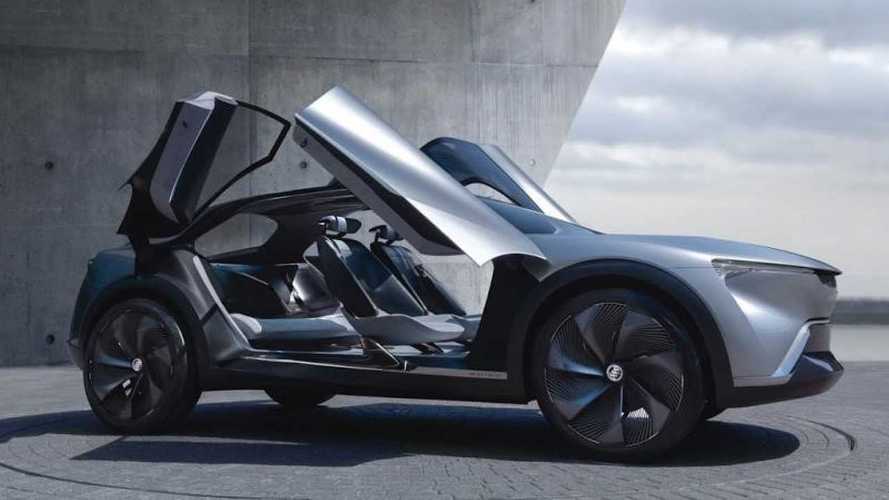 Buick made a surprise announcement recently in Shanghai, revealing the Electra concept. While the concept carries an iconic name from the brand’s past, this new one has little to do with the original. Today’s Electra concept preview’s the brand’s new, minimalist design language and its electrified underpinnings.

At first glance, the Electra looks like a sleeker, sportier interpretation of the automaker’s 2018 Enspire concept. However, the Electra takes it a step further by mixing the looks of a four-seat crossover with a sleek GT car. Buick says that inspiration for the Electra’s design came from a space capsule, which pays some honour to the original Electra’s space-race inspired appearance. But that’s where the similarities end.

Buick calls its new design language “Potential Energy,” which the automaker says looks “like an arrow being released.” The Electra has a long bonnet, upright front end, sloping windscreen and roof, and a stylised rear end. While the front features thin-slit headlights, a narrow grille, and a wild DRL design, it still looks like a Buick. Twenty-three-inch wheels, an illuminated Buick badge, and those crazy butterfly doors help give the sleek crossover presence.

The minimalist ethos on the outside carries over to the inside, too. Buick says the Electra has a “spaceship-like” cradle due to its lack of a traditional instrument panel. Instead, passengers see a large, curved display that sits above the retractable steering wheel for autonomous driving, but customers shouldn’t expect such tech anytime soon from any automaker. The suspended seats help complete the interior’s sparse and airy appearance.

We doubt whatever model this concept previews won’t look like this; however, its tech and powertrain may become a reality. The Electra concept features two electric motors – one on each axle – while riding on GM’s new-generation modular electric propulsion system. The crossover utilises GM’s Ultium batteries that give the Electra more than 600 kilometres (372 miles) of range. Max power output is 435 kilowatts (583 bhp), which, according to Buick, propels the Electra from zero to 100 kilometres per hour (62 miles per hour) in 4.3 seconds.

The Electra concept is packed with tech, much of which we could see filter into other Buick and GM models. The Electra is capable of receiving over-the-air updates, for example, like the new 2021 Cadillac Escalade. Buick also says the crossover features an intelligent AI voice assistant and V2X (vehicle-to-infrastructure) communication technologies.