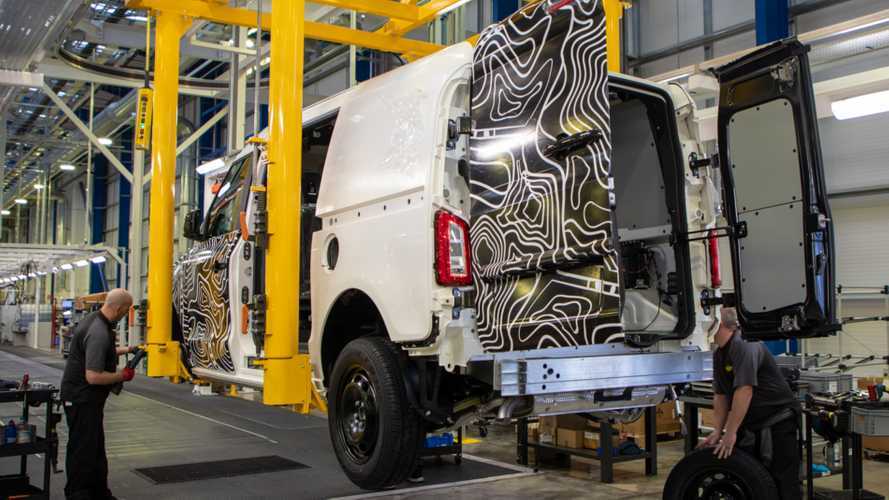 Production still isn't quite at pre-pandemic levels, but it isn't far away.

The SMMT figures show 4,915 new commercial vehicles rolled out of British factories last month, down 11.5 percent on the figure seen in the same month of 2019. However, that percentage equates to a drop of just 641 vehicles, and such parity would have been most welcome just a few months ago.

That said, the August result follows a July in which commercial vehicle production in fact rose very slightly. Nevertheless, production at 88.5 percent of pre-pandemic levels will be welcome news for factories that have been limited by lockdowns and social distancing measures.

More on the UK van market after lockdown:

Perhaps more interestingly, though, the fortunes of the commercial vehicle industry contrast those of the car manufacturing sector. Last month saw production down by almost 45 percent compared with August 2019, as just over 51,000 cars rolled off UK production lines. Twelve months earlier, that figure stood at more than 92,000.

It’s been a turbulent few months for the car industry, with production almost completely wiped out during the months of lockdown, before a relatively rapid return to normal levels. Now, though, the sector appears to be back on rocky ground. In contrast, the commercial vehicle sector has appeared more resilient, with a seemingly more solid return to something approaching pre-pandemic production levels.

Mike Hawes, the SMMT’s chief executive, said manufacturers were still facing issues, from the marked increase in coronavirus cases to the economic impacts of reduced bus and coach use. Hawes also reiterated the issues facing an industry threatened by the prospect of a no-deal Brexit.

“Commercial vehicle manufacturers are facing multiple challenges as a second wave of coronavirus results in tighter restrictions on their own operations and those of their customers,” said Hawes. “We welcome yesterday’s introduction of a job support scheme and await more detail on how it will work for these businesses that have been so reliant on the current furlough scheme.

However, we also still need immediate measures for suffering bus and coach manufacturers and their supply chains as we head into a difficult winter with no long-term solution in sight for plummeting ridership numbers. More broadly, with the looming end to the Brexit transition period, the sector faces the prospect of even greater strain on its tentative restart.”