Watch the VW ID.R take down another lap record

It's the fifth record set by the electric race car.

VW isn't about to back down from its record-setting runs with the ID.R. The latest of which was done in Germany, but Dumas isn't at the helm for this one.

The new record was set in Bilster Berg in Germany with Dieter Depping behind the steering wheel. The ID.R lapped the 2.66-mile (4.2-kilometre) track in just 1:24.2, which broke the track's existing lap record of 1:44.7 by a sizeable margin, set by a road-legal Radical SR3 SL. As you can see in the on-board video above, the record run was surreal and you could see how the ID.R easily carved corners despite the varying elevations of the race track.

Of note, the ID.R started its lifetime with a record-breaking run at the Pikes Peak Hill Climb, taking only 7:57.148 and becoming the first car to complete the course under eight minutes. 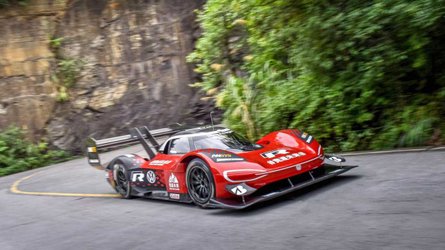 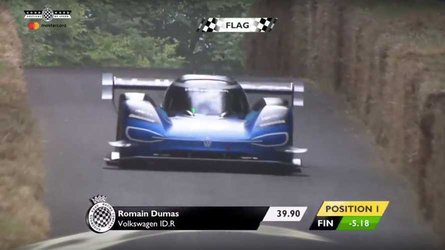 Moreover, the all-electric VW race car lapped the Nürburgring at an impressive time of 6:05.336, breaking the EV lap record at the dreaded race track. It also completed the Goodwood hill climb in 39.90 seconds, and, you've guessed it, setting a new record at the festivity.

Before Bilster Berg, the ID.R set a new record at China's Heaven's Gate – not a race track but equally challenging with 99 six-metre hairpins and stretches to 6.776 miles (10.906 kilometres).