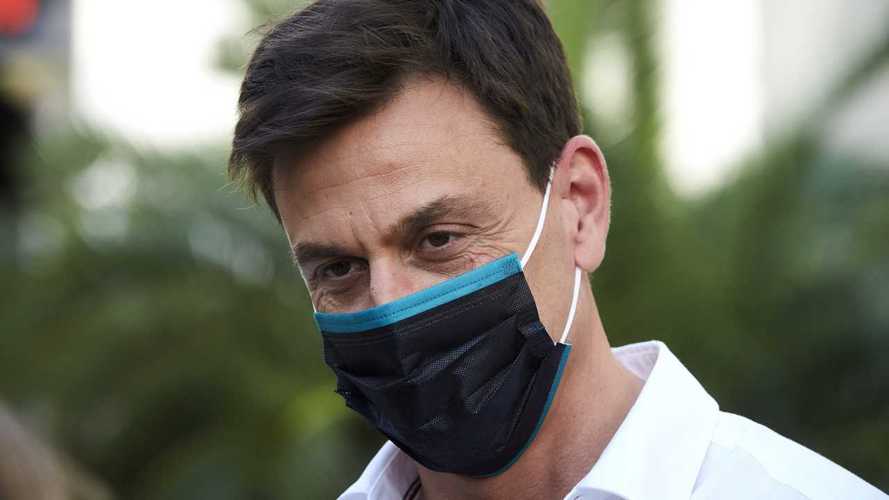 Liberty Media announced on Friday that ex-Ferrari team boss Stefano Domenicali would become the new CEO and president of F1 from January, taking over from Chase Carey.

Carey will become a non-executive director of F1 after almost four years in charge, having taken over from Bernie Ecclestone as CEO in January 2017.

Mercedes F1 boss Wolff was regularly linked with a move to Liberty in recent years as part of the future leadership plan following Carey’s exit.

Asked if he ever put his hat into the ring for the job at the top of F1, Wolff said that he did not, and that early talks with Liberty Media CEO Greg Maffei did not go very far.

“No, I didn’t,” Wolff said. “I think everybody knows that there were some initial discussions with Greg, and it never went anywhere.

“We get on well. I respect Greg Maffei a lot for what he has achieved.

“But I love where I am, and I found out that I love the stopwatch so much, the competition and the racing, that where I am today, co-owner of the team with Mercedes, I have to pinch myself every single day.