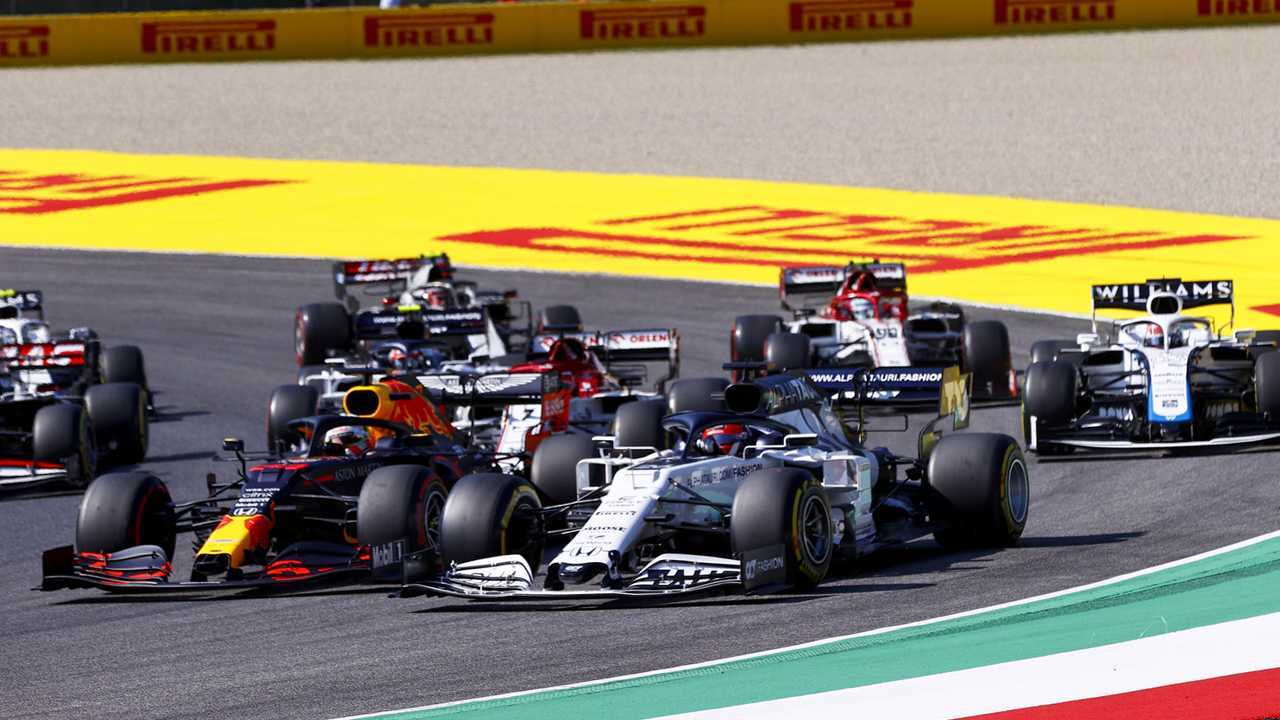 F1 considered introducing reverse grid sprint races to replace qualifying at select events through the 2020 season, only for the move to be blocked following opposition from Mercedes.

The series' bosses said following the dramatic Italian Grand Prix at Monza that they would be revisiting the idea for 2021, having seen the impact of the fastest cars sitting further down the order following a red flag.

The odds of pushing through the plan for 2021 were more favourable given it required a 'super majority' and not unanimity as in 2020, but opposition has grown in recent weeks.

Red Bull chief Horner said that while F1 "shouldn't be scared of trying something different", he thought it better for a format change to be trialed at a one-off event such as a non-championship race.

"If there was an occasion or a type of venue, or an invitation race, or maybe even a non-championship race, if something like that could be tried, it would be very interesting to see what the outcome of it would be," Horner said.

"The problem is, if you don't try something, you never know. I think it's very easy to get stuck into a rut of saying that's ridiculous, it wouldn't work, and the purist in me says the same.

"But sometimes in life you've got to try things and see what the outcome is. If that could be done in a manner that didn't affect the championship - because I can't see how you could have a different rule for one race to the other event - but maybe a non-championship race, an invitation race.

"We've got all these great new circuits that are pushing for races this year that we won't be able to accommodate in future years.

"If one event was selected to try a different format, to try something totally different, what would we have to lose?"

Horner said holding a non-championship race - something not seen in F1 since 1983 - was "just an idea" at present and not something that has been discussed between F1 and teams.

The revised voting structure for F1 from 2021 means plans would be blocked if three teams were against the plan.

Mercedes has shown few signs of changing its initial position, while McLaren has now confirmed its opposition, with Andreas Seidl saying his team was "absolutely not supportive of the idea of introducing reverse grids".

Seidl said: "We simply have to accept and also respect what Mercedes has done over the last years in order to build up this dominance. In the end they deserve to be there, because they do the best job by far compared to everyone else.

"Next year, I'm aware that it's kind of an interim year, probably not seeing a big change, at least at the front of the grid in terms of pecking order. But as I said everything that comes into the game from 2022 onwards with the budget cap and new technical regulations will help close the grid again to have more competition.

"That's positive, and why we think it would be wrong to introduce any artificial randomness now."

Seidl was also opposed to the idea of trialing the new format at a non-championship race, believing it was "simply not required".

"If you look at the midfield battle, it's great, so I don't think we have a fundamental problem with the sport," Seidl said.