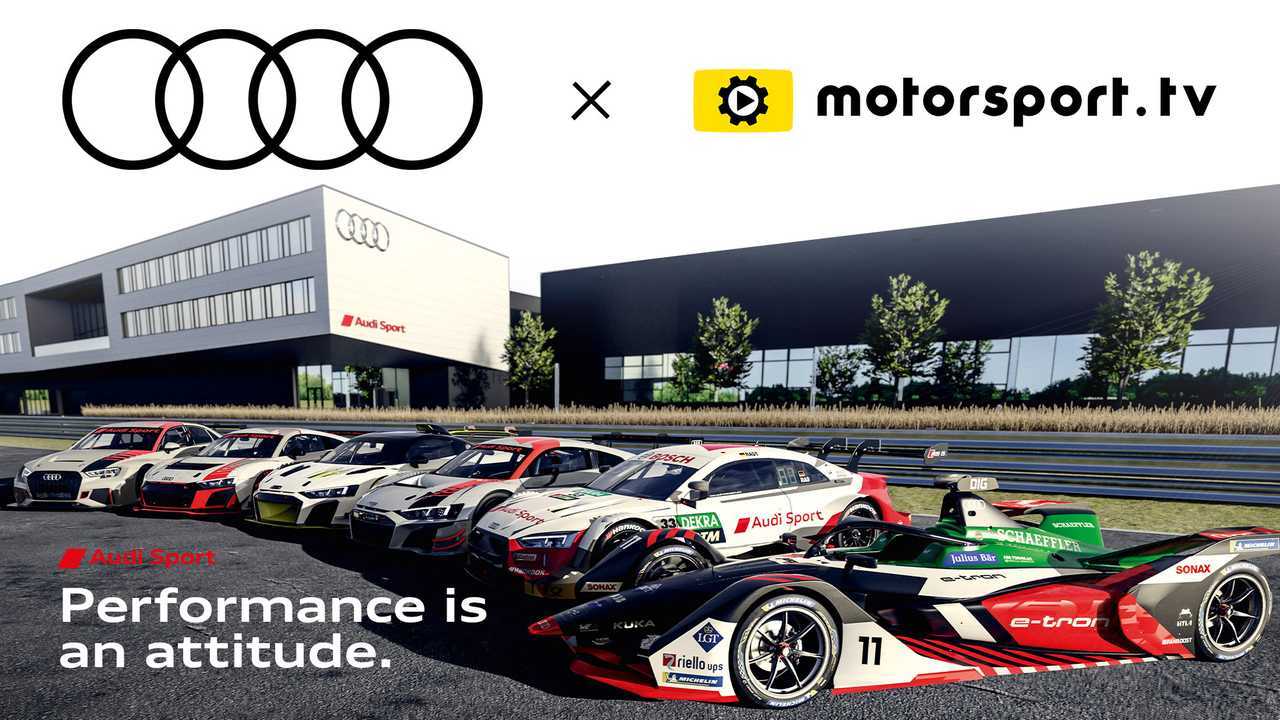 Leading German manufacturer will bring action from its race teams directly to fans on Motorsport.tv.

London, September 24, 2020: Audi Sport, one of the most successful brands in the sport’s history, has become the latest manufacturer to launch a dedicated channel on Motorsport.tv, Motorsport Network’s digital OTT platform devoted to racing and automotive content.

Fans of Audi Sport will be able to go behind-the-scenes as soon as this weekend as the German marque tackles the legendary Nürburgring 24 Hours race in which nine cars built by Audi Sport customer racing are entered. There will be seven Audi R8 LMS GT3 cars, of which three are factory supported and a further two private entries, an Audi R8 LMS GT4 and an Audi RS 3 LMS. Going forward the channel will showcase the drivers and cars that compete in Formula E, DTM and customer racing events. In addition the new channel is aiming to grant a view behind the scenes to all motorsport enthusiasts and fans of the brand.

Audi has a long and proud tradition in motorsport with success at Le Mans, Formula E, DTM, touring cars, GTs  and rallying, among many other credits. The manufacturer joins industry leaders like Mercedes and NASCAR in hosting a dedicated channel on Motorsport.tv, which is becoming the go-to destination for brands teams and stakeholders wishing to activate in the digital space.

Motorsport.tv provides over 1,000 livestreams a year as well as race highlight, original shows and documentaries dedicated to cars and racing. There is an exclusive full archive of the 24 Hours of Le Mans, a race where Audi Motorsport has taken the overall honours no fewer than 13 times.

Motorsport Studios offers brands and content creators access to an extensive archive of media content, including over 26 million images and footage dating back to the first F1 race.

Stefan Moser, Head of Motorsport Communications said: “We are happy to open the channel on Motorsport.tv, which allows us the chance to increase our audience and reach more motorsport fans from around the world. We look forward to sharing the success of Audi Sport. The 2020 Nürburgring 24 Hours is a perfect time for us to launch the channel.”

James Allen, President, Motorsport Studios said: ”Starting this weekend fans of the legendary Audi Sport brand can enjoy behind the scenes action and get closer to the sport through this new channel. Audi will be able to share its digital media story-telling with existing and new fans around the world and the videos will additionally be embedded via our Motorsport.tv player on our racing platforms for maximum distribution. Audi Sport is a wonderful brand in our sport; think of Michele Mouton and the mighty quattro and Tom Kristensen the serial winner of Le Mans 24 Hours, both stories captured in our recent ‘Heroes’ movie.”

Ferrari partners with Motorsport Network for official channel on Motorsport.tv

The thrills of road racing come to Motorsport.tv
++