McLaren 765LT is even quicker than expected 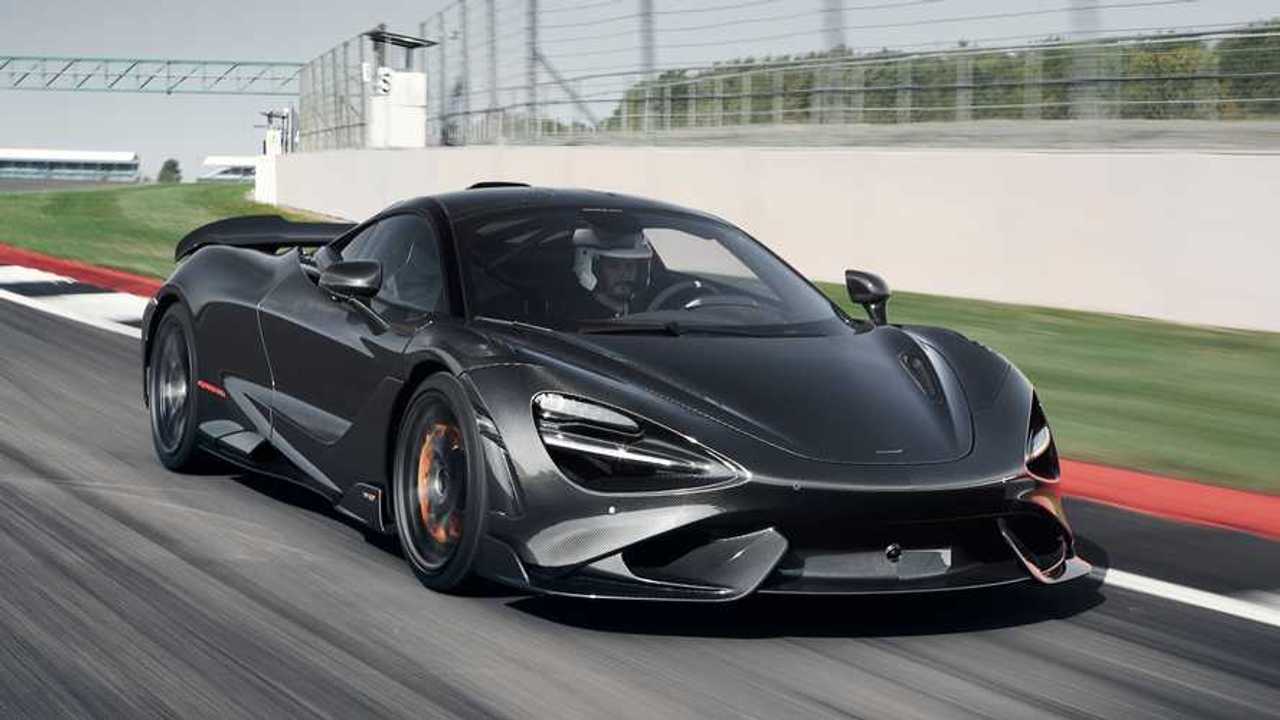 It officially runs the quarter-mile in under 10 seconds.

Just 765 examples will be produced in total, with the initial examples sold out and expressions of interest exceeding the remainder of the run.

The latest McLaren 'Longtail' model keeps the same track-ready attributes of previous cars to bear the LT moniker, such as low weight, increased power, and optimised aerodynamics. The car has shed 80 kgs over the 720S on which it is based, weighing in at 1,229 kg dry, while the 4.0-litre twin-turbo V8 delivers 755 bhp (765 PS, hence the car's name) and 590 lb-ft of torque.

Aerodynamically, as will as the 'long tail', the car features new carbon fibre bodywork produced at the McLaren Composites Technology Centre near Sheffield.

The changes help the car achieve a sub-three second 0-60 mph time, 124 mph from standstill in just 7.0 seconds, and a 9.9 second quarter mile – performance figures that went beyond McLaren's own expectations.

The first examples being shared with customers have been through McLaren's Special Operations (MSO) customisation division and showcase the department's unique abilities. The first dubbed 'Strata', has a unique 'art in motion' paint scheme which is inspired by a city skyline and comprises three-colours Azores orange, Memphis Red, and Cherry black. The design took 390 hours of hand painting and finishing to complete.

The colour scheme isn't just on the bodywork though – the front brake calipers are Volcano Red and the rears Azores Orange, while the interior features orange seat perforation and a push-to-drink system in Memphis Red.

More on the McLaren 765LT

Let McLaren's Design Director walk you through the 765LT

'GEOHEX' is the name given to the other demonstration example. Based around a 3D honeycomb theme, the car is finished in a combination of MSO Bespoke Tarmac Black and Tokyo Cyan paintwork with Visual Carbon Fibre components from the MSO Defined range.

MSO has also produced a a car with a full Visual Carbon Fibre (VCF) body (pictured top), which comes off the back of a number of customer enquiries. 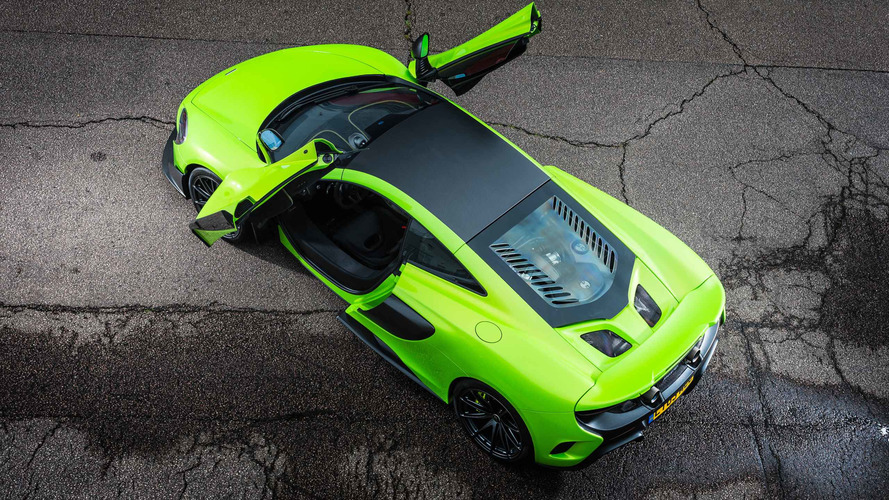