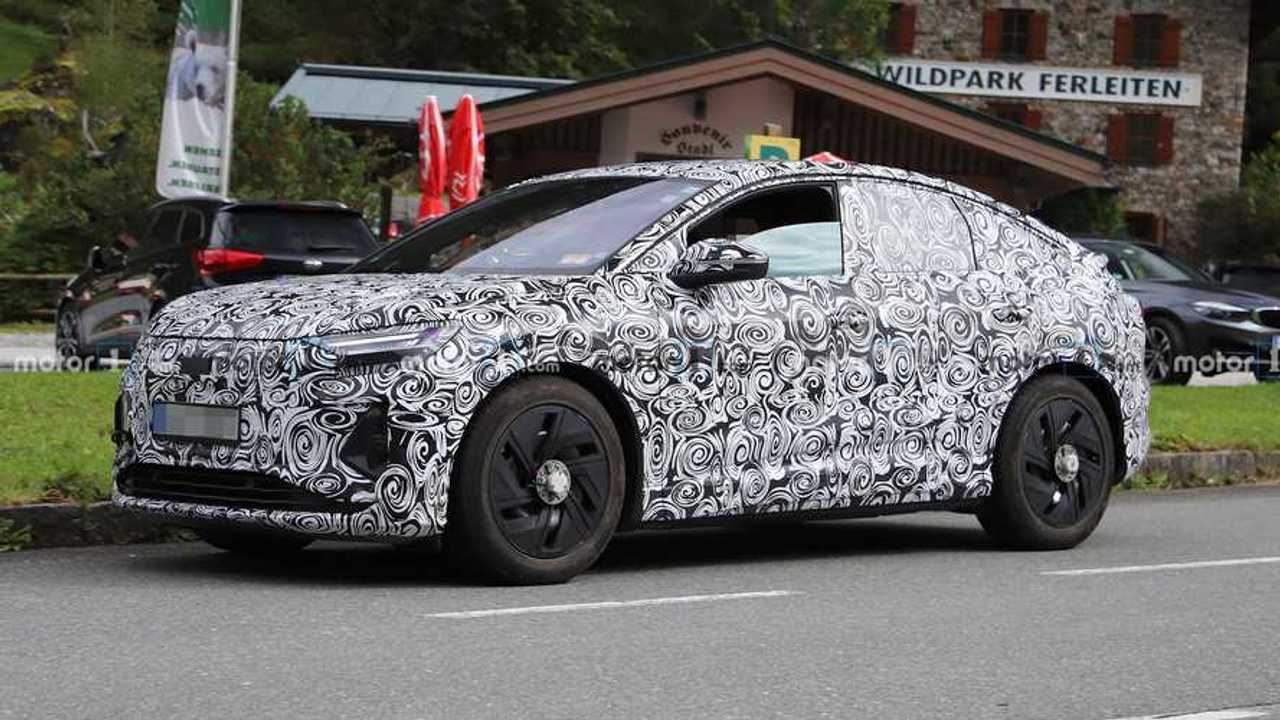 It could debut before the end of the year.

Next year, Audi will begin offering not one, but two all-electric crossovers. One is the Q4 E-Tron, while the other is its coupe-like stablemate, the Q4 E-Tron Sportback. We’ve seen the regular Q4 out testing before, though this is the first time we’ve spotted the Q4 E-Tron Sportback in the wild. Audi previewed the Sportback version as a concept in July, featuring an upright front end, curvy greenhouse, short overhangs, and chunky wings/fenders.

The test vehicle in the spy photos is wearing a heavy dose of camouflage that covers nearly all the sheet metal. However, oddly, two sections of the rear fascia are visible. The test vehicle does look like the concept, with a sleek greenhouse and upright front end. The headlights look similar in both shape and design. That can’t be said for the taillights, which appear to keep the concept’s shape but feature their own unique internal design.

The Q4 E-Tron Sportback shares a platform with other VW Group EVs, like the upcoming VW ID.4 and the revealed Skoda Enyaq iV. It will slot between the Q3 and Q5 in terms of its size, though it should feature more interior space than the Q5 thanks to the Q4’s efficient packaging. We don’t know what powertrain it’ll use, but it should arrive with a single motor powering the rear wheels before the dual-motor, all-wheel-drive Quattro model arrives. The concept featured an 82-kilowatt-our battery and two electric motors, giving the crossover 201 bhp (225 kilowatts).

Audi said the concept would offer 450 kilometres (279 miles) of range on the forgiving WLTP testing cycle. US customers should expect less range, as the US’s testing cycle is less forgiving. We expect both the Q4 E-Tron and the Q4 E-Tron Sportback to go on sale sometime next year. Audi could reveal both by the end of the year or in early 2021.