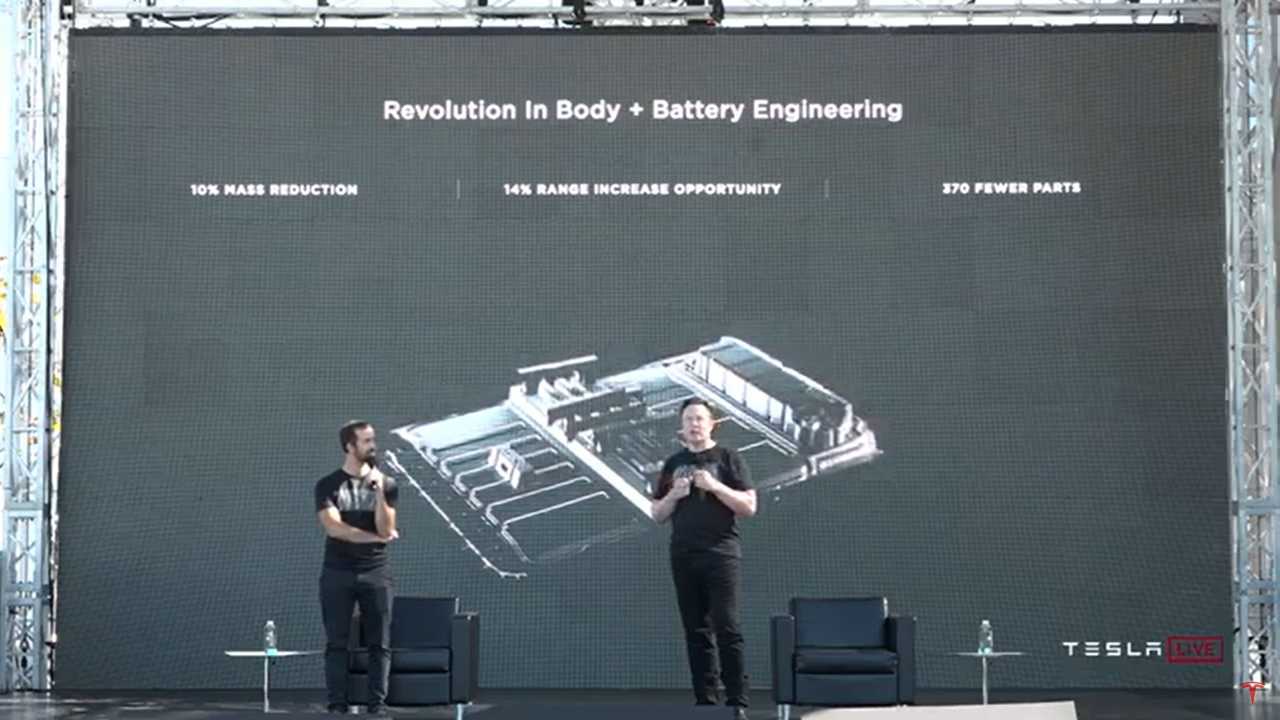 We may no longer talk about battery packs in the future, but rather about the "structural battery."

We have been reporting about the Tesla Model Y mega castings for quite some time already. Little did we know that this was part of a much larger plan: Tesla intends to integrate the battery pack to the body structure of its future cars, and the massive cast parts are a crucial part of that idea.

Elon Musk said Tesla developed a specific alloy to make that happen. This new aluminium alloy had to be very castable, high-strength, and not prone to retreat, which causes large castings to deform. Tesla had to avoid that at all costs.

What Tesla is casting now at Fremont are the front and rear sections of its cars. What about the middle, right? Well, that will be complemented by what we now call the battery pack. Considering it will be part of the car structure and hence not replaceable as current battery packs are, Tesla will probably have to name it as something else. Musk already called it “structural battery.”

This new structural battery casing will not only provide the car with the energy it needs but also ensure its rigidity and safety. Curiously, that is also inspired by aeroplanes. If you remember, the Tesla Cybertruck will have a stressed-skin structure due to how aircraft are manufactured.

Like in aeroplanes, that helps save mass in the car. A lighter car can travel further and be more energy-efficient. Musk also said that the resulting structure is much stiffer than you would find in any current car, even if it were a convertible. That means potentially more safety to the car’s occupants and better dynamic behaviour.

Tesla to revolutionise use of silicon in batteries: Slash costs, increases range

According to Musk, that will allow the car to have a 10 percent weight reduction, a range increase of up to 14 percent, and 370 fewer parts, which implies the manufacturing and production costs are much lower than the ones Tesla has nowadays.

If that is impressive, there is a consequence that needs to be addressed. Replacing old or defective batteries will be virtually impossible. If the batteries are part of the car structure, you either get them to last as much as the car itself, or you have to get rid of the vehicle altogether if anything goes sour with them. A million-mile battery would probably solve this issue, but nobody has spoken about that possibility for the 4680 cells so far. We hope they do it until the end of the presentation.