New Mokka arrives next year, starting at just under £21,000 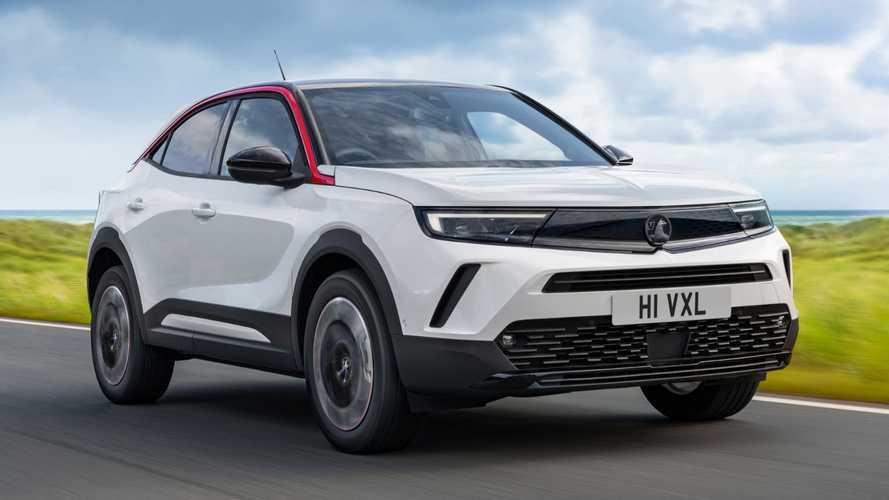 It's already available to order, but the first customer cars will arrive in April.

Vauxhall’s all-new Mokka compact SUV will arrive in the UK next year with prices starting at just under £21,000. Available with a choice of petrol, diesel and electric powertrains, the new model will be offered in a bamboozling array of eight different trim levels.

The entry-level SE model will start at £20,735, and that buys you 16-inch alloy wheels, LED lights and a seven-inch touchscreen with Apple CarPlay and Android Auto. You get a choice of internal combustion engines with the 99 bhp 1.2-litre petrol and the 109 bhp 1.5-litre diesel. Both come with a six-speed manual gearbox.

Alternatively, you can have the 134 bhp electric motor, which offers an all-electric range of up to 201 miles from a single charge. However, to get that, you have to upgrade to the SE Premium Nav trim, which adds satellite navigation to the mix but costs a heady £30,840.

The Elite Nav model is marginally cheaper, at £24,405, and it comes with plenty of kit. Rear parking sensors, 17-inch alloy wheels, and a 180-degree rear camera all feature, while there’s satellite navigation and heated front seats, not to mention the heated steering wheel.

Unlike the SE, the Elite Nav comes with the more powerful 1.2-litre, 129 bhp petrol engine as standard, while the 109 bhp diesel remains an option. Again, a six-speed manual gearbox is standard for both engines, but the petrol can be had with an eight-speed automatic. There’s no electric option, though.

If you must have the electric vehicle (EV), you can go for the £25,455 Elite Nav Premium. That also adds a 10-inch touchscreen and a 12-inch digital instrument cluster, alongside front parking sensors.

But if you’d rather have sportiness over luxury, you can have the £24,605 SRi model. A black roof and dark-tinted rear windows match the black Vauxhall badge, while 18-inch wheels, adaptive cruise control and heated front seats all feature on the specification sheet. It also gets the same engine range as the Elite Nav, meaning there’s no chance to get the electric motor.

If you go for the SRi Premium Nav, however, the electric motor is back on the menu. As with the Elite Nav Premium, you also get satellite navigation and a 10-inch touchscreen, as well as a 12-inch digital instrument cluster. Front and rear parking sensors and a 180-degree reversing camera are also thrown in for the £25,810 price tag.

Climbing the range further still takes you to the £27,415 Ultimate Nav, which gets keyless start, wireless phone charging and 18-inch alloy wheels. The 10-inch touchscreen and 12-inch digital instrument cluster are standard, as are LED matrix headlights. However, the engine choice is limited to the 129 bhp 1.2-litre petrol with an eight-speed automatic gearbox and the 1.5-litre diesel with its six-speed manual.

Crowning the range, though, are the £28,645 limited-edition Launch Edition cars, which get advanced park assist technology and full leather upholstery. They get the same engine range as the Ultimate Nav, too, albeit with the addition of the electric motor.

All these models are available to order now, but the first customers will not receive their vehicles until April 2021.