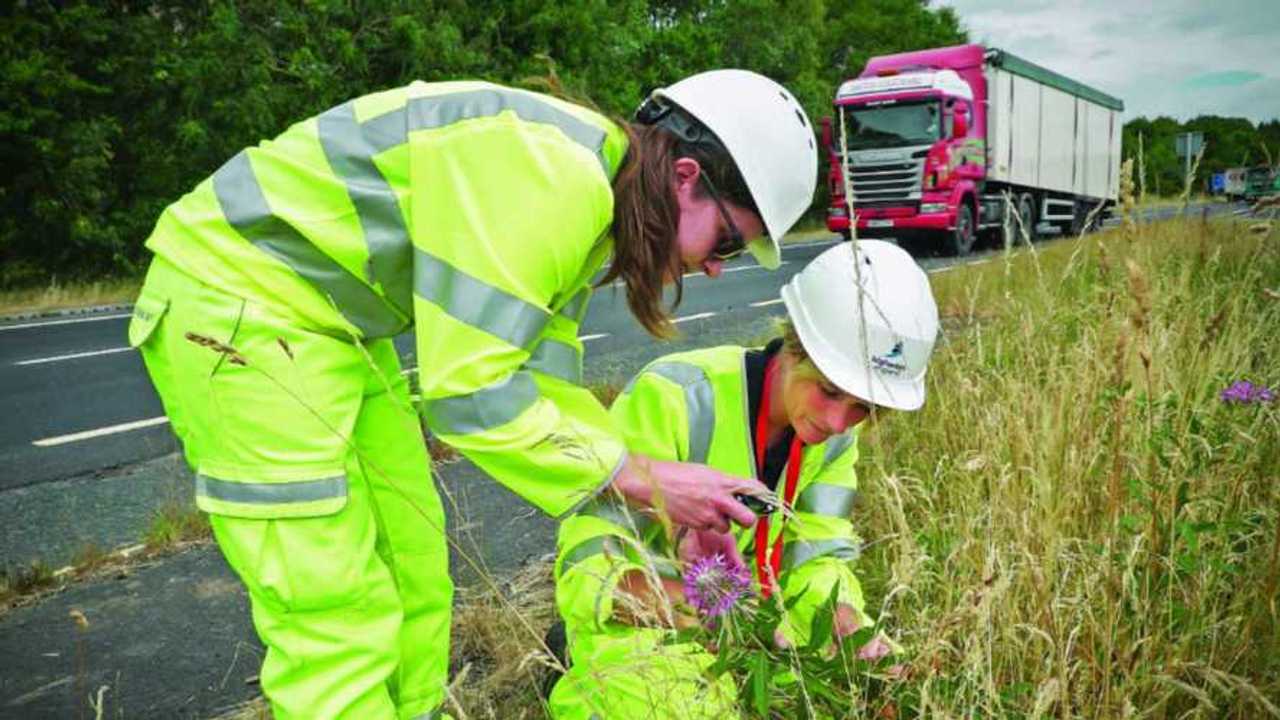 The work was completed in a layby on the A66.

The government-run company in charge of England’s motorways and major A-roads has finished a £5.2 million environment improvement programme. Highways England spent the money improving biodiversity, landscaping and heritage features of roads in north-west England, and finished the programme a few weeks ago.

The scheme came to an end in a lay-by on the westbound A66, where the team installed a range of four display boards chronicling the human and natural history of the area, which marks the ancient border between Durham and Cumbria. Along with a renovated milestone, Highways England says the boards have turned the rest area near Stainmore into a “visitor stop-off in its own right”.

Although a highlight of the programme, those boards were just one part of a scheme that saw a “designated fund” assigned to environmental improvements. The scheme also saw the authority work on biodiversity in Cumbria’s roadside verges and improve landscaping to help “enhance Cumbria’s tourism offer”.

These schemes included work to improve pollinator habitats on the A595 and A66, as well as work on creating “species-rich” grassland along the M6 between Preston and the Scottish border. The work also included a project to plant wildflowers in a layby on the A66, at the edge of the Lake District National Park.

Highways England has also tried to improve cultural heritage on the A66. As part of the scheme, the company has replaced a missing 19th-century milestone near Whinfell Park and restored a second, heritage listed milestone near Crackenthorpe Hall.

“Our motorways and major A roads are the arteries of the economy, keeping businesses, commuters, tourists and goods and services on the move,” said Dion Auriac, a project manager at Highways England. “However, we’re determined to minimise the impact of our roads on the environment and enhance their surroundings where possible.

“At Stainmore we’ve improved the experience for drivers taking a quick break and better acknowledged the significance of this gateway location – and it’s just one of dozens of improvements we have or will be delivering across Cumbria and North Lancashire over a 10-year period.”

The news comes as Highways England promises to spend £936 million on its designated funds programme between 2020 and 2025. The money will support projects designed to improve the environment along roads, and provide a “better deal” for pedestrians, cyclists, and horse riders. The schemes could also tackle air and noise pollution.