Porsche Project 411 Concept is a futuristic tribute to the 911 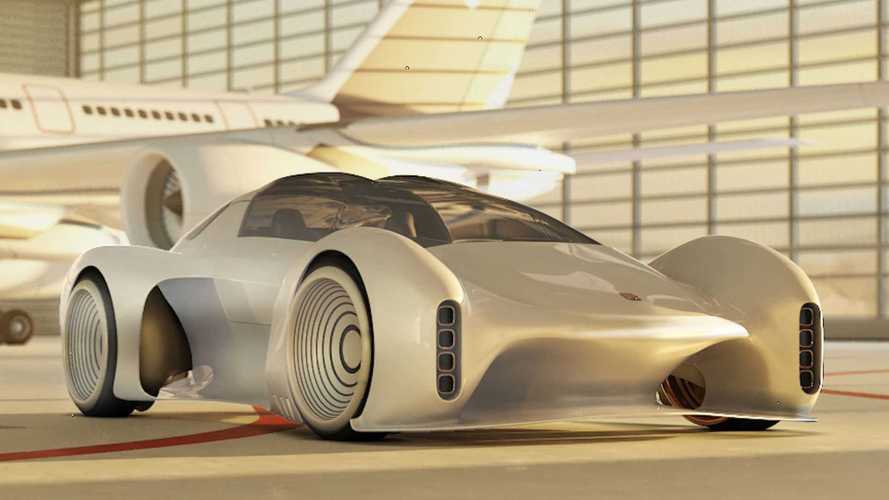 It's autonomous, electric, and fast.

The future of car design is anyone's guess. Autonomous driving technologies, all-electric powertrains, and changing consumer tastes all have the potential to define – and redefine – what a car looks like and is. That's what Hussain Almossawi and Marin Myftiu did with the Porsche Project 411 Concept, a futuristic tribute to the automaker's 911 Spyder designed for NCS Company.

Part of the car's appeal is the world the designers imagine it’ll exist in. The car's fast speeds would only be achievable with on-the-go inductive charging, which would require the tech, inductive charging stripes, built underneath the roads. The tech would also allow the vehicle to carry a much smaller battery, which would help with the driving dynamics.

Inside, the concept features an encompassing cockpit that follows the curves and lines of the exterior design. It lacks headroom, but that's by design, giving passengers ample legroom to enjoy the long, autonomous motorway cruises. It's all about stretching out and enjoying the ride. The interior also features bands of light that create an intricate design on the dash and the seats.

It's been one year since Porsche revealed the Taycan, its first fully electric car, and it won't be the company's last. Porsche has plans to electrify many more models in the future, and it'd seem EVs are the future. Pair that with autonomous technology and built-in inductive charging, and you have a recipe for an entirely new "driving" experience.