Thankfully, no one was hurt, and the Model Y driver was able to avoid the accident.

YouTube channel Wham Baam Teslacam, the "You've Been Framed!" of the EV space, just published another crash video. Of course, crashes aren't funny, but the likeness to the TV program should be obvious. Basically, people send in TeslaCam and Sentry Mode videos, along with their stories to share.

This Tesla Model Y footage is a bit unique, since rather than being only recorded using Tesla's built-in camera system, it was also captured on the driver's GoPro. The GoPro provides a better view and angle than TeslaCam is capable of. It's a reminder to all drivers who don't own a Tesla; invest in a dashcam for your car. You likely won't regret it. Several drivers offered dashcam footage to the authorities following the incident.

At any rate, according to Wham Baam Teslacam, Bruce Comer was driving his Tesla Model Y on Autopilot in Nashville, Tennesse USA hen he happened upon a major, multi-vehicle crash on the highway. Comer says the crash involved over 15 vehicles, and he was right in the middle of it all.

It started raining and there was clearly an accident ahead, which caused people to start braking and then come to a sudden stop. The Model Y's Autopilot system initially engaged the brakes. Unfortunately, cars were travelling too quickly in the fast lane. Due to the rain and the sudden traffic jam, many were unable to stop in time. 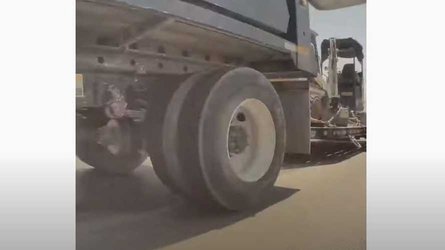 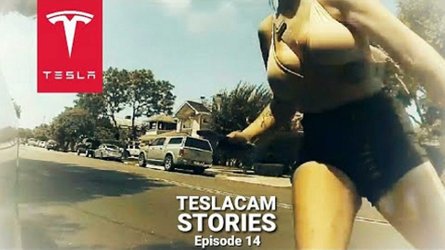 After the initial pileup, another series of crashes started behind Comer. He disengaged Autopilot and used the Model Y's acceleration to avoid being rear-ended. Despite the severity of the collisions and the number of cars involved, Comer says he learned that there were no serious injuries, though some people did leave in an ambulance.

Be sure to watch the whole video for more details. After the initial crash footage, there's also footage of a Tesla Model X that gets rear-ended, as well as other clips.