2021 Audi RS3 Saloon spied hulking out on the Nurburgring 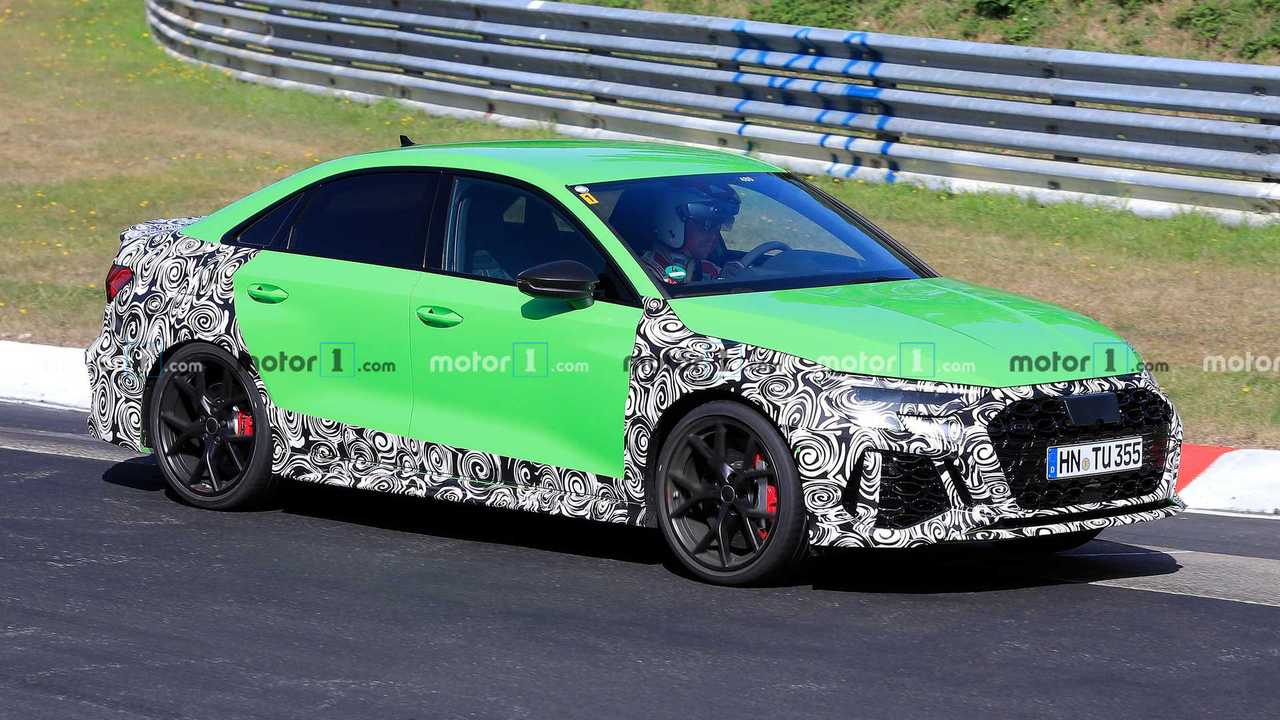 Bright green isn't the best colour for avoiding the camera.

We are already familiar with the new Audi S3 Saloon. Having debuted in August, its understated-yet-aggressive styling is befitting of Audi sports saloons, and its turbocharged 2.0-litre four-cylinder doles out 306 bhp (228 kilowatts) to all four wheels. The RS3 shouldn't look much different, but boy will it sound different. And as a result, it will most definitely accelerate differently.

That's because the new RS3 will swap the four-pot for Audi's turbocharged 2.5-litre five-cylinder. We expect it will develop the same 394 bhp (294 kW) you find in the RS Q3, but of course, none of this information is confirmed. It will naturally go to all four wheels, likely using a seven-speed dual-clutch gearbox. Rumours of a more powerful version possibly getting close to 450 bhp (336 kW) also surround the RS3.

Whether or not this very green prototype is such a version is unknown. Obviously Audi isn't as concerned with concealing RS3 exterior details as a good portion of the sedan's exterior is in plain sight. The key areas of difference from the S3 – namely the front and rear fascias – are still obscured with camouflage wrap, and with the S3 now revealed, there's really no need to keep the entire RS3 concealed any longer.

That said, we can see the RS3 will feature a different rear diffuser. It also sits lower, partially because of revised suspension and partially from RS-specific body add-ons for the rocker panels and fascias. Up front we see bolder corner vents with extra slats. It's hard to tell if a subtle chin spoiler is in place, but the big rectangular cover hiding the four rings is borderline comical. There's no way any auto enthusiast will mistake this car for anything other than Audi.

When will we see all the camouflage wrap removed? Coronavirus has obviously delayed plans at pretty much every automaker, but we're optimistic about seeing the RS3 fully revealed by the end of the year.