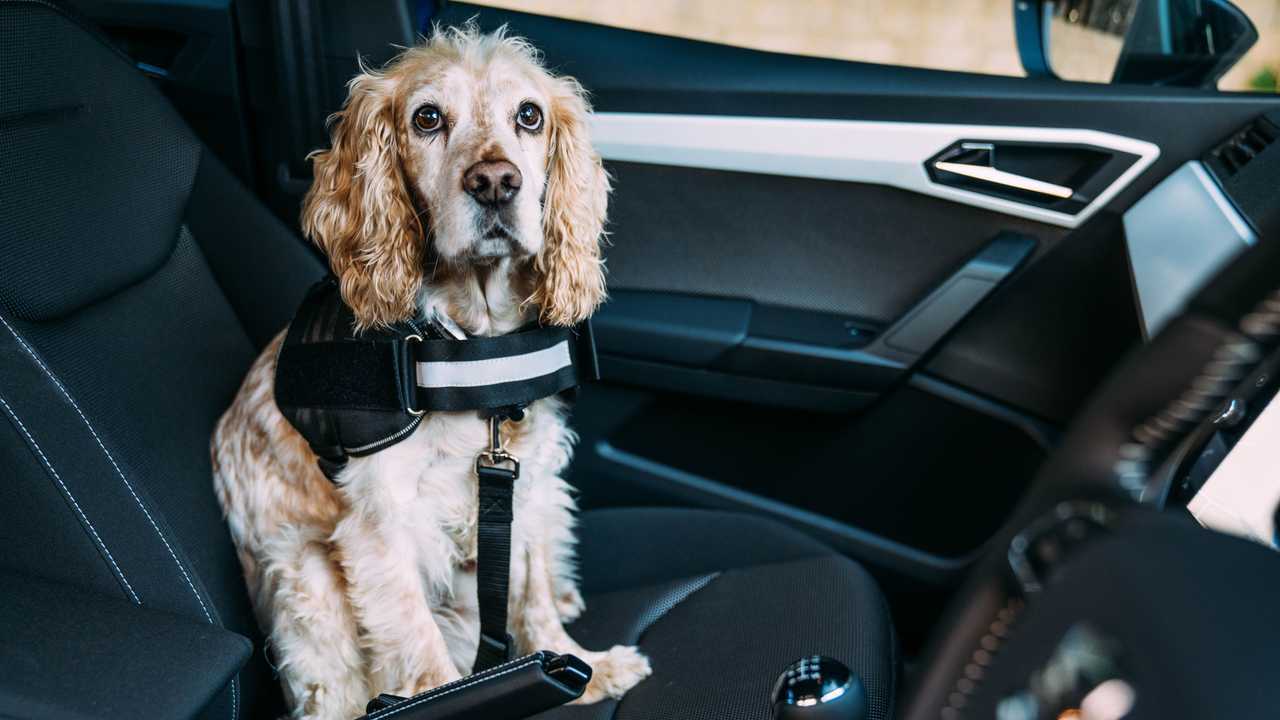 Almost one in five motorists said they let their dogs sit in the front of the car.

New research from Seat has revealed that the UK's drivers are just as likely to let their pets ride shotgun with them as they are their children.

That is despite a staggering nine out of 10 drivers being unaware that they could be subject to a £5,000 fine if their pet is not properly restrained in the car.

A third of drivers don't safely secure their dogs
⠀

Almost one in five motorists surveyed said that they let their dogs sit in the front of the car, which was almost the same number of drivers who let their children ride up front too.

Londoners are the most likely to let their dog ride in the front, with 40 percent of those from the capital surveyed saying they would do so.

Little over a third said their dogs ride in the boot, with 44 percent of owners in both East Anglia and Northern Ireland the most likely to keep their pets their while driving.

By comparison, just over a fifth of children are allowed to ride in the front, with more than half (56 percent) travelling in a rear side seat, a quarter in the rear middle seat, and 10 percent in a third row seat.

Seat's latest research comes after the Spanish brand revealed earlier this year that more the half of dog owners said they drive more carefully when their four-legged companions are in the car.

Gallery: Drivers favour their dogs as much as their children when it comes to riding shotgun