Moke returns to the UK with starting price of £20,000 plus tax 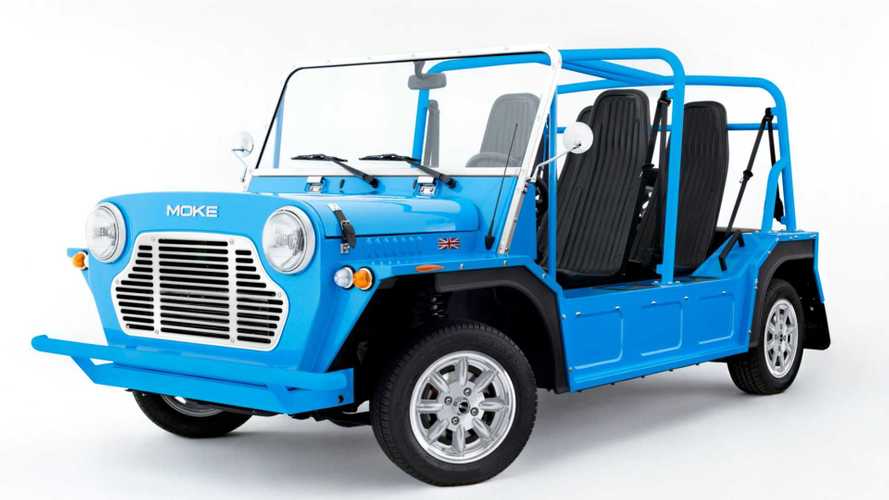 UK customers can choose the standard car or the '56' limited edition.

The Moke name is set to return to the UK, 56 years after the original Mini Moke first went on sale. Priced from around £20,000 plus VAT, the car has been reborn for the modern age, gaining a new engine, new suspension and modern brakes.

Since the demise of the Austin Mini Moke, which rose to fame on tropical islands the world over, the Moke name has fallen into the hands of British firm Moke International. The company has revitalised the car, selling it as a retro-styled runabout for customers in the Caribbean.

Now, the car is coming back to the UK, with order books opening this week. The new car is larger than its predecessor, allowing more space for passengers and luggage, but the basic design remains the same.

More cars that came back from the dead:

That means the car is loosely based on the original Mini, but Moke International has added a new four-cylinder petrol engine, uprated suspension and up-to-date braking systems. Customers even get the choice of manual or automatic gearboxes, while power steering and a heated windscreen are both included.

In celebration of the 56 years since the Moke first took to British roads, Moke International is offering customers the chance to buy a limited-edition Moke 56 model, which is unique for the United Kingdom. Just 56 examples will be built, with each boasting a chrome front grille and windscreen rails, as well as a discreet Union Flag badge on the front wings and a numbered plaque on the bonnet.

Available in a choice of 14 different colours, the Moke 56 will be offered alongside ‘standard’ Mokes, which come with a folding hood and waterproof PVC seats. The cars also feature rear mud flaps and a radio with a USB port.

“Moke is an iconic British brand that has always evoked feelings of fun and freedom,” said Isobel Dando, the MD of Jaguar Land Rover’s Pivotal subscription service and CEO of Moke International. “The Beatles, The Beach Boys and Brigitte Bardot have all been captivated by the personality and unique styling of these iconic cars. We’re excited to relaunch the brand into a new era and introduce Moke to the next generation.”

Moke International says £20,000 is an “indicative” price, and does not include any local taxes. However, the company says the car is proving popular among resorts and private buyers in English coastal hotspots, with order books filling fast. Prospective buyers can register their interest in the vehicle through Moke International’s website.