Alpina B8 Gran Coupe spied looking suave at the Nurburgring 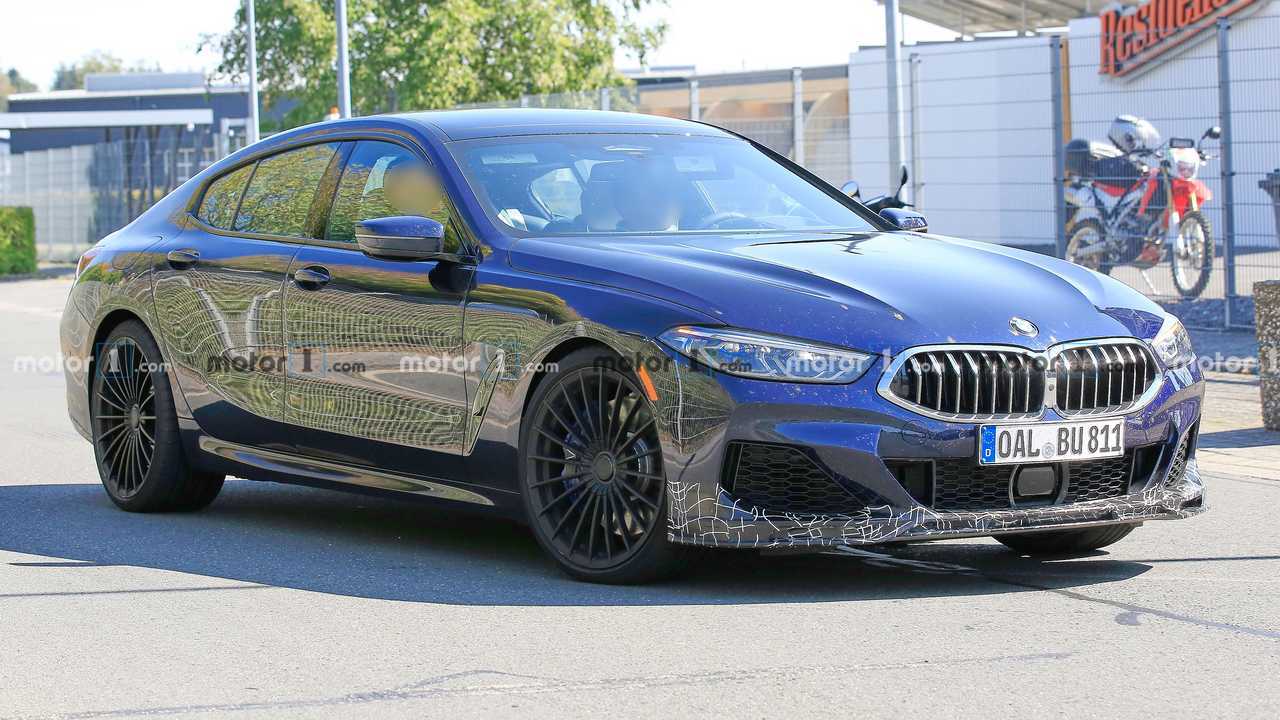 The spoked wheels are a dead giveaway.

There isn't much camouflage on this particular BMW 8 Series Gran Coupe. That's because it's the new Alpina B8, or at least, that's what our spy sources tell us. Alpina's exterior changes are always subtle, but the spoked wheels on this test car are a dead giveaway as to its origins.

Another giveaway is the rear fascia, which incorporates quad exhaust outlets in place of the trapezoid exits on the standard 8 Series. Couldn't this be an M8 Gran Coupe, though? Take a close look and you'll see the pipes adopt more of an oval shape compared to the round outlets on the M8. The modest rear diffuser on this test vehicle is also a bit more aggressive with more slats.

Moving to the front, we can see there's a bit more chin to the chin spoiler on this car. We can also see some indentations very low on the left and right sides of the lip, which are commonly seen on Alpina upfits. Put it all together and there's really no doubt we're looking at an Alpina B8. All we need is a proper shade of green on the exterior and those spoke wheels brightened up from their current matte black testing attire.

Alpina boss shows off the XB7 and B3

Mechanical upgrades to the B8 over the standard 8 Series are still a mystery to us. That said, it's likely to follow the Alpina B7's lead with around 600 bhp (447 kilowatts) from its twin-turbocharged 4.4-litre V8. That would match nicely with BMW's in-house M8 Gran Coupe, while offering the typical Alpina posh interior upgrades for which the company is known. Suspension tweaks should place the B8 comfortably between the standard 8 Series and the M8.

We don't have a definitive timeframe for when the B8 will officially debut. It could arrive by the end of the year as a 2021 model, or during the first quarter of next year. When it debuts, it will be Alpina's new flagship saloon.