Facelifted Jaguar F-Pace comes in at just under £41,000 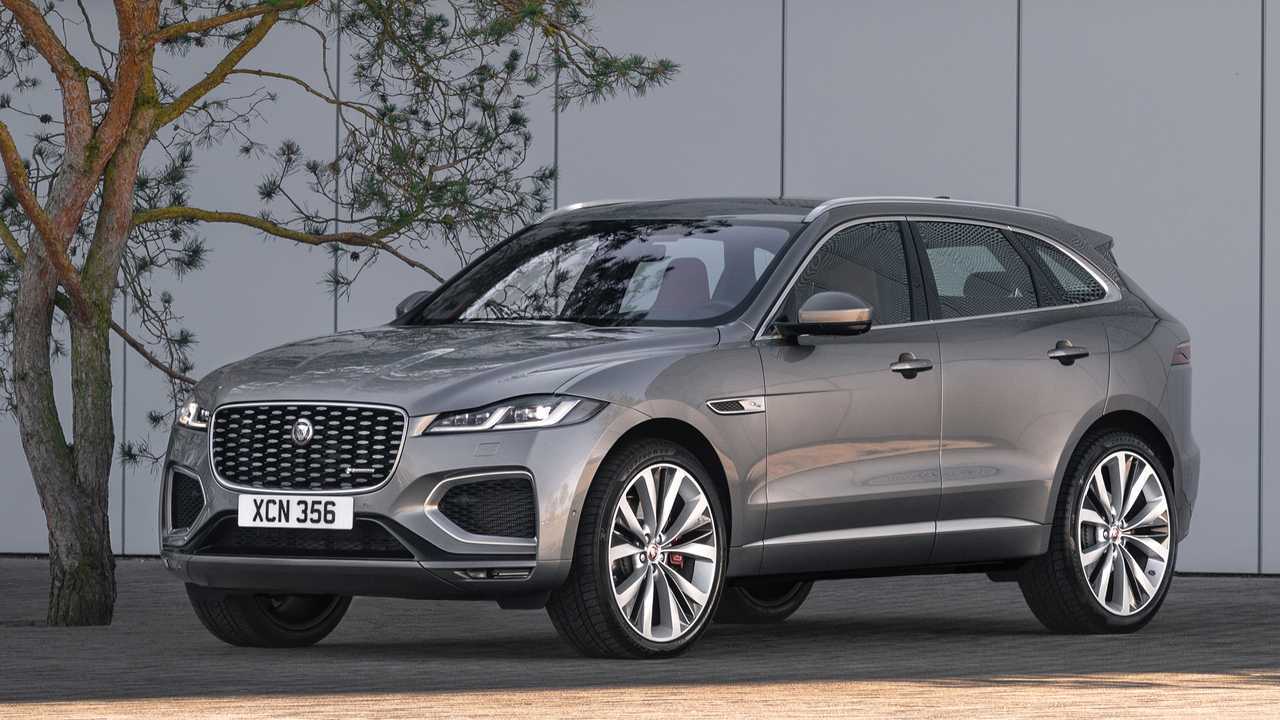 The facelifted Jaguar F-Pace is now available to order from UK dealerships, with prices starting at just under £41,000. As well as a revamped exterior design, the new model also comes with an updated cabin, mild-hybrid engines and a new plug-in hybrid powertrain.

External changes are relatively minor, with a larger grille and a resculpted bonnet featuring a wider power bulge. There’s also a new front bumper with redesigned air intakes, while Jaguar has added the ‘Leaper’ emblem to the side vents. New “super-slim” LED headlights also feature, while the rear of the car includes new bumper and tailgate designs, as well as “slimline” tail lights.

Changes to the cabin are slightly more noticeable, with the dashboard dominated by an 11.4-inch curved-glass touchscreen. That sits in a magnesium alloy casing and houses Jaguar Land Rover’s latest ‘Pivi Pro’ infotainment system. Complementing the new screen is a new steering wheel, new gear selector and new centre console, as well as new door cards and new seats.

More on the Jaguar F-Pace:

But the biggest differences are found under the new bonnet, where Jaguar has completely revamped the F-Pace engine range. Two petrol engines and three diesels make up the bulk of the line-up, with all five getting mild-hybrid technology that harvests energy while braking or decelerating and uses it to help the engine out when it’s under load.

The cheapest engine will be the 161 bhp 2-litre ‘D165’ diesel, which comes with an eight-speed automatic gearbox and powers the all four wheels. That engine is also available with 201 bhp, earning it the ‘D200’ badge, while the final diesel is the 3-litre six-cylinder D300, which comes with 296 bhp.

The two petrol powerplants, meanwhile, wear the P250 and P400 badges. The former is a 2-litre turbocharged engine with 247 bhp, while the latter is a 3-litre, six-cylinder engine with 395 bhp. Again, both engines are teamed with eight-speed automatic gearboxes and power all four wheels.

However, the big news is the arrival of the plug-in hybrid P400e model, which teams a 2-litre petrol engine with an electric motor to produce 398 bhp. With a 17.1 kWh lithium-ion battery, it will manage up to 33 miles on a single charge, before handing over to the petrol engine. Officially, it returns 130 mpg and emits just 49 g of carbon dioxide per kilometre.

Four basic trim levels will be offered to F-Pace customers, with Core marking the base model. S, SE and HSE follow on, but all three can be had in R-Dynamic guise, adding some motorsport-inspired features. Prices start at £40,860 for the D165 Core model, and rise to £64,990 for the P400 R-Dynamic HSE. The P400e comes in at £56,060 when paired with S trim.

“The new Jaguar F-Pace delivers a powertrain to suit all customers,” said Colin Kirkpatrick, chief product engineer at Jaguar. “Our next-generation PHEV system delivers great fuel efficiency and low running costs, while the all-electric range of up to 33 miles is enough to cover the daily commute for most customers. The extensive powertrain choice includes our latest Ingenium petrol and diesel engines which feature advanced technologies and provide the perfect blend of performance, refinement and efficiency.”