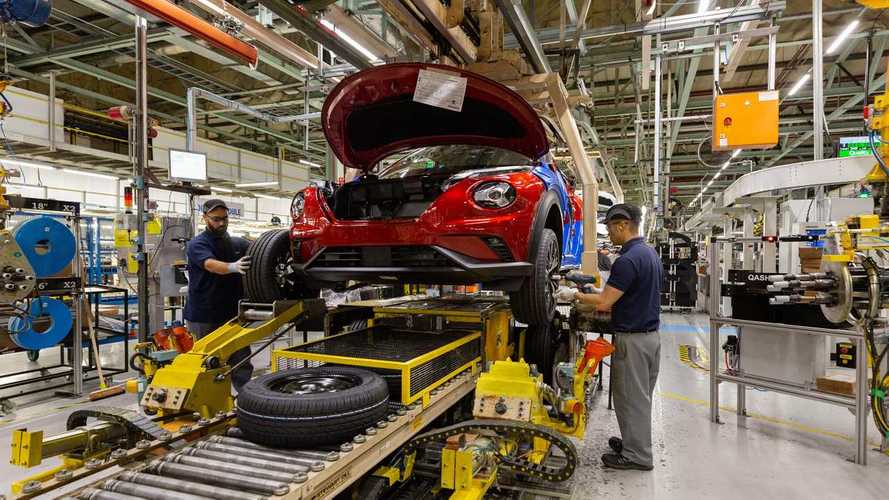 Industry leaders in the UK and Europe have called for a free-trade deal.

The European and UK car industries have urged the British government to agree a free-trade deal with the EU, warning of a £101 billion cost if no agreement is reached. In a plea to both parties, automotive leaders have asked negotiators to “pull out all the stops” to avoid a ‘no-deal’ Brexit after the transition period, which ends on December 31.

The European Automobile Manufacturers Association (ACEA) and the European Association of Automotive Suppliers (CLEPA), and 22 national industry bodies, including the UK’s Society of Motor Manufacturers and Traders (SMMT), have all clubbed together to make the call, which comes with just a few months before the Brexit deadline. The organisations have pointed out that companies on both sides of the channel stand to lose out, with the sector accounting for one in 15 EU and UK jobs.

As part of the rationale put forward to policymakers, the organisations have included calculations showing failure to reach a deal would cost the “pan-European automotive sector” around £101 billion in lost trade over the next five years. That’s on top of the £92 billion of production already lost this year as a result of the coronavirus crisis.

If the two sides fail to agree a free-trade agreement (FTA), trade will revert to the World Trade Organisation terms, which automatically apply a 10-percent tariff on cars and up to 22 percent on vans and trucks. That means, in theory, British buyers would have to pay 10 percent more for a German-built car.

But it isn’t that simple, because components shipped between the UK and EU would also be subject to tariffs, pushing prices up for manufacturers. Those cost increases are highly likely to be passed on to consumers.

Overall, the new calculations suggest that a reduction in demand for cars and vans resulting from a 10-percent WTO tariff could wipe some three million units from EU and UK factory output over the next five years. Such losses would be worth £48.7 billion to UK plants and €57.7 billion to those based across the EU.

As a result, the industry has demanded that any deal “should include zero tariffs and quotas”, as well as “appropriate rules of origin” for vehicles, components and powertrains, and a framework to avoid “regulatory divergence”. Such an “ambitious” deal, the SMMT claims, is “critical to the European automotive industry’s future success”.

“These figures paint a bleak picture of the devastation that would follow a ‘no deal’ Brexit,” said SMMT chief executive Mike Hawes. “The shock of tariffs and other trade barriers would compound the damage already dealt by a global pandemic and recession, putting businesses and livelihoods at risk. Our industries are deeply integrated so we urge all parties to recognise the needs of this vital provider of jobs and economic prosperity, and pull out every single stop to secure an ambitious free trade deal now, before it is too late."

Meanwhile Eric-Mark Huitema, the director-general of ACEA, said a no-deal Brexit and the havoc wreaked by Covid-19 would be a painful “double whammy” for the automotive industry.

“The stakes are high for the EU auto industry,” he said. “We absolutely must have an ambitious EU-UK trade agreement in place by January. Otherwise our sector – already reeling from the Covid-19 crisis – will be hit hard by a double whammy.”