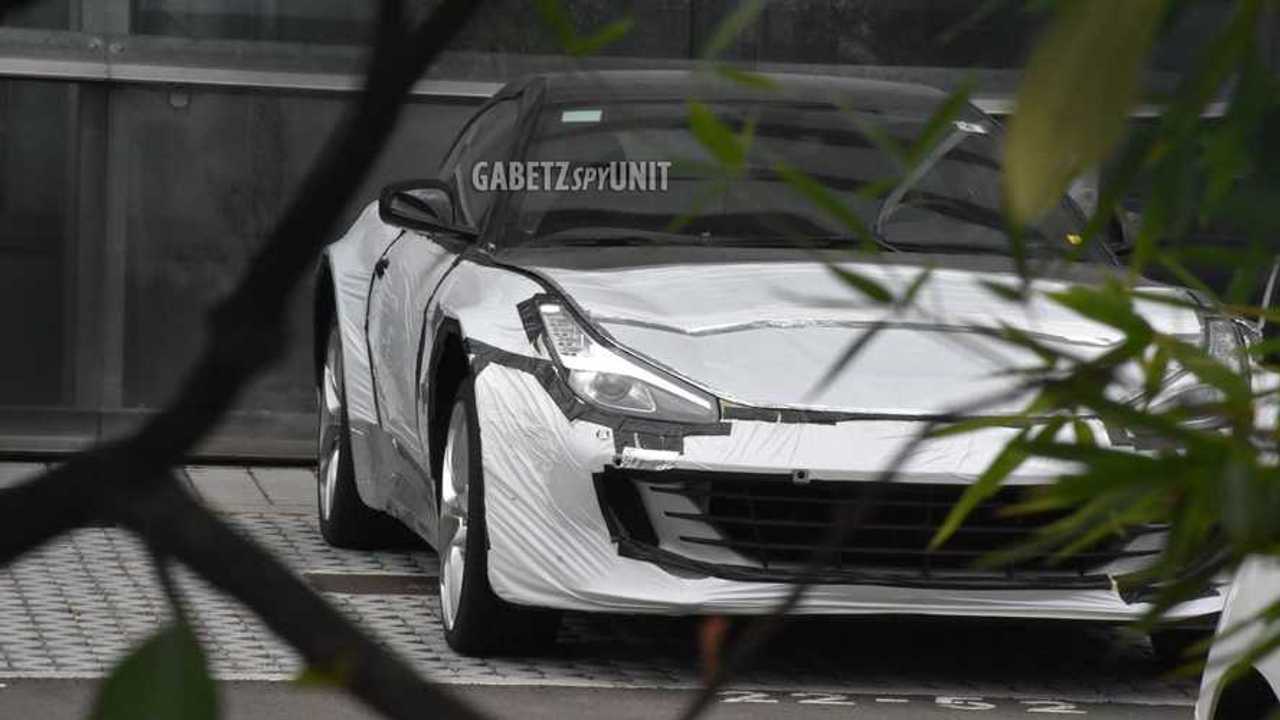 The family man's Ferrari is coming.

The list of automakers without an SUV of their own continues to shrink. In recent years, we’ve seen the likes of Bentley, Lamborghini, Rolls-Royce, and Aston Martin roll out high-riding luxobarges to cash in on the SUV craze, and it’s a known fact Ferrari is preparing a money printer of its own. It’s been in development for quite a while and will be introduced within the next two years as the Purosangue.

A fresh batch of images reveals Maranello’s first-ever SUV still hasn’t evolved past the GTC4Lusso-based test mule, as noticed by spy photographer Walter Vayr. The camouflage is the first clue this car is not what it looks like, especially since we can immediately rule out a prototype for a future GTC4Lusso version considering the shooting brake was recently axed.

The test mule also appears to be riding significantly higher than the defunct four-seater Ferrari, but the most obvious clue betraying the vehicle’s true identity is the beefier wheel arch. It’s visibly wider at both front and rear axles as one would expect from an SUV compared to the ill-fated FF replacement.

Judging by the state of this vehicle, don’t expect the production version to debut anytime soon. It’ll likely be out towards the end of 2022 as previewed by Ferrari’s 2018-2022 product roadmap back in September 2018. Codenamed “175,” the Purosangue is expected to come with a hybrid powertrain combining a turbocharged six- or eight-cylinder combustion engine with a few electric motors.

Yes, Ferrari is making an SUV:

Is this a powertrain mule for the Ferrari Purosangue SUV?

The Italians have vowed to keep the V12 engine alive for as long as possible, so a potential flagship version could feature the powerhouse. An upcoming hot version of the 812 Superfast tentatively called “GTO” is rumoured to take the naturally aspirated 6.5-litre unit beyond the 800-bhp mark. Given the Purosangue’s extra weight, it’s going to need all the extra oomph it can get to be worthy of the Prancing Horse badge.

We’re eager to see prototypes of the Ferrari SUV with its own body, but we’ll probably have to wait until next year or so.