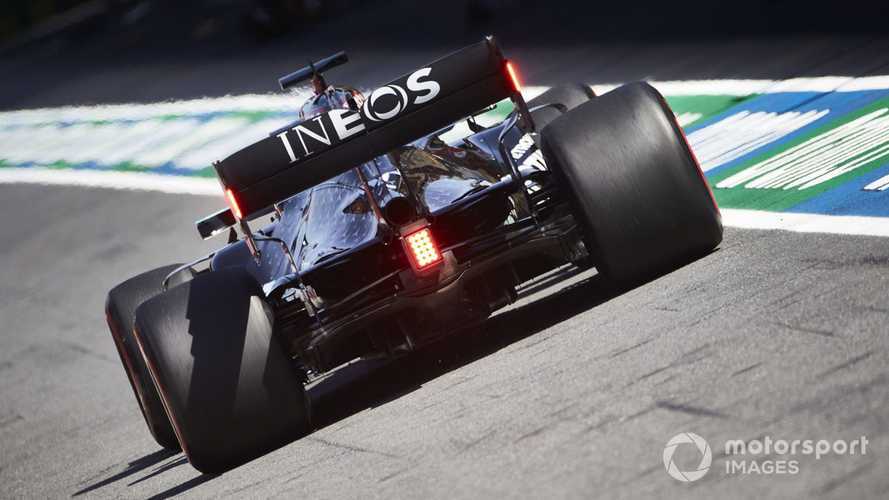 Mercedes partner Ineos has been linked with a deal that it could take a team shareholding, but a full takeover unlikely.

Former grand prix boss Eddie Jordan fuelled speculation about the move in an interview with the Mail on Sunday, as he suggested that Ineos and its CEO was about to launch a £700 million buyout of the Mercedes F1 team.

Jordan said: “The ownership of the team is going to be taken over by Sir Jim Ratcliffe and Ineos.

"The Ineos name is already on the side of the car anyway and they have this technological partnership, so this is a nice way out for Mercedes.

“The team will be called Ineos but it will still be run from the factory in Brackley and Mercedes will retain a 30 per cent share in it. It will not be known as Mercedes any more and Toto Wolff, the team principal, will no longer be in charge.”

Ineos Grenadier prototype on display at Concours of Elegance
⠀

Such a dramatic exit for Mercedes is understood to be unlikely however, with the German car manufacturer having been clear in recent months that it is fully committed to remaining in F1 as a works team for many years to come.

However, what cannot be ruled out is Ineos ramping up its involvement in the outfit by buying a shareholding on the back of it becoming a major sponsor and technical partner earlier this year.

Mercedes still has to decide what will happen to the 10 percent of shares that were owned by Niki Lauda, and it could be that Ineos steps in and purchases those to firm up its commitment.

Furthermore, it is not impossible that Mercedes (which owns 60 percent of the team) or Wolff (who owns 30 percent) could also sell some of their equity.

Mercedes has declined to elaborate on whether or not such a scenario could play out.

A spokesman said “We ask for your understanding that we don't comment on rumour and speculation.”

Wolff: New Concorde is 'biggest transition' F1 has ever seen

Regarding Wolff’s future, the Austrian is expected to confirm soon that he is moving into a revised role with the outfit, as he wishes to change the scope of his responsibilities as team principal.

Last week, Wolff admitted that running the team for eight years had taken a lot out of him.

“I love this team and I get along with [Mercedes CEO] Ola Kallenius fantastically,” said Wolff. “I think this is my place.

“It is just that eight years in this team as a team principal are taking its toll, and this is something that I’m reflecting on.”

As well as being a valuable contributor to Mercedes’ sponsorship portfolio alongside title sponsor Petronas, Ineos is involved in a performance partnership with Mercedes which involves its Tour de France-winning cycling team and a new Applied Science division.