And a proper handbrake.

Next Tuesday, September 15 at 8:30 PM EDT (Sept. 16 at 12:30 AM GMT), the wraps are finally going to come off the new Z sports car. It’s technically going to be a prototype, but the production version coming quite possibly next year should be largely the same. Ahead of the 370Z replacement’s world debut, Nissan has been coming out with an unprecedentedly high number of teasers to build up the suspense.

The latest episode further confirms what the previous clip suggested – the availability of a manual gearbox. We can see the six-speed lever for the stick shift in all of its glory, along with a proper handbrake instead of a button in a bid to please the purists. Not only that, but Nissan has been kind enough to show a bit of the taillights, which will take after those of the 300ZX (Z32).

The 30-second clip gives us the opportunity to see the revised Z logo and check out those alloy wheels with a five double-spoke design and Z-branded brake calipers lurking from behind. In case you’re not sure what sort of car you’re looking at, the tyres have prominent Nissan and Z lettering on the sidewall that might remain a prototype-only affair.

We also get to hear the roar of the engine, presumably a V6. It’s said to use a twin-turbo 3.0-litre adapted from the Infiniti Q60 Red Sport 400 where it makes 400 bhp and 350 pound-feet (475 Newton-metres) of torque, but that remains to be seen. For what it’s worth, Nissan says the Z Proto will be “powerful,” not to mention “iconic” and “retro” as per the video’s description on YouTube. 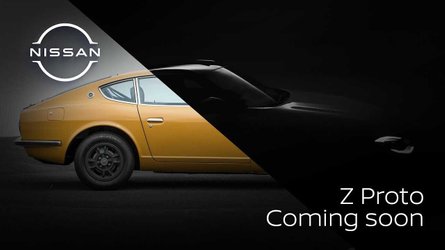 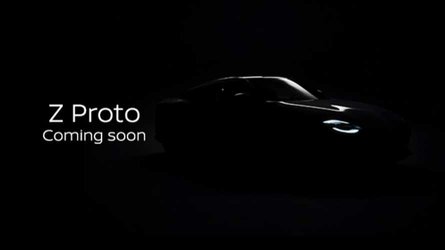 With still a few days left until the much-awaited debut, we have a feeling Nissan has at least one more teaser prepared for its new rear-wheel-drive coupe.