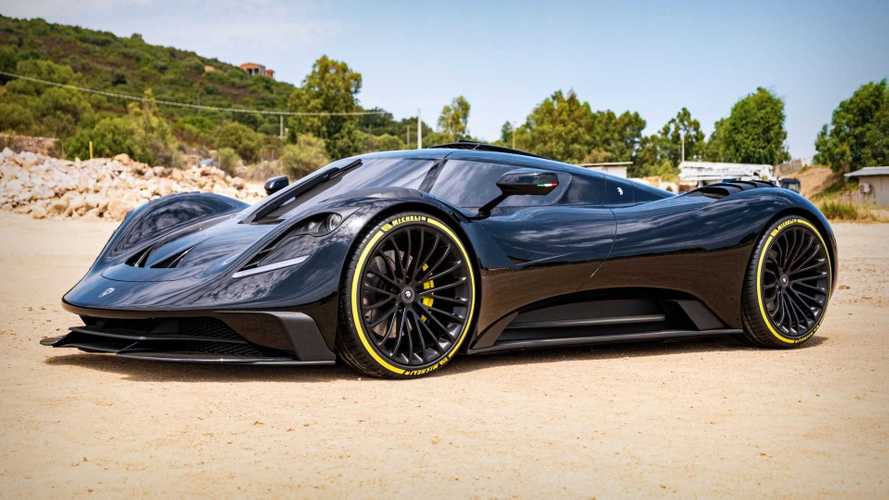 The engine has some major mechanical upgrades.

The Ares Design S Project takes the C8 Corvette and transforms it into a sleeker sports car. While it somewhat strains belief, the company claims the first deliveries could happen at the end of the year, Ares boss and former Lotus CEO Dany Bahar tells Top Gear about the new project.

Clearly, this isn't the 'Vette's stock V8. Bahar isn't saying what's different, though. "That remains a secret between our supplier in the USA and us. It’s all mechanical modifications though, you can’t do this through software," Bahar told Top Gear. "The sound it makes takes inspiration from old F1 V10s, very high tonality."

Extracting an additional 200 bhp (149 kW) out of the Corvette's LT2 V8 and keeping it naturally aspirated and displacing 6.2 litres is going to be a real challenge. Plus, the claimed 9,000 rpm redline is 2,500 revs more than the existing version. The alleged specs indicate an extensive overhaul for the powerplant.

Ares Design shows off the retrolicious Panther in new video
⠀

The S Project wears swoopy bodywork that includes a low nose with prominent wings/fenders that should allow for expansive outward visibility. The flowing roofline features a scoop for sending air to the engine, and there are louvres on all of the wings/fenders. The exhausts rise vertically out of the rear deck. There doesn't appear to be a rear window, but a camera system could solve this problem.

Ares Design intends to build 24 examples of the S Project over the course of two years and sell them for €500,000 (approx. £465,000 at current exchange rates). Eventually, the company would like to introduce more variants of the model.