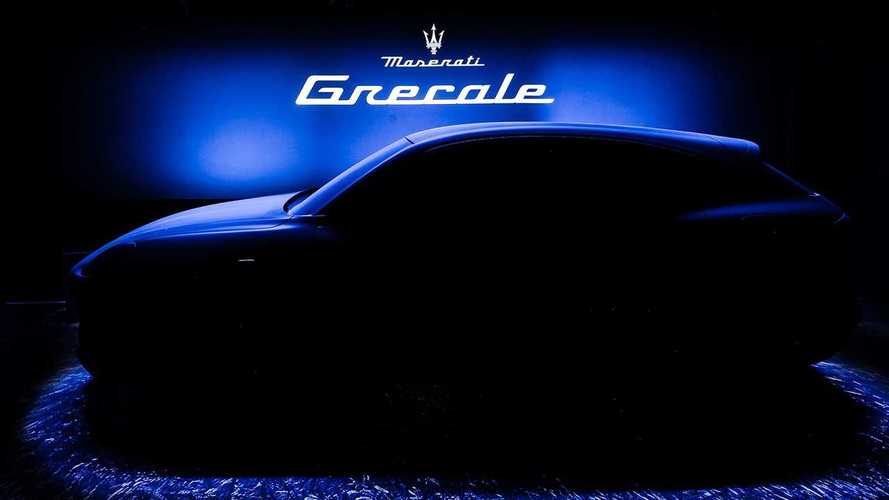 It will use the same Giorgio platform as the Alfa Romeo Stelvio.

Maserati has been making the headlines lately with the unveiling of an updated Ghibli featuring a hybrid powertrain and a hot V8-powered version. The larger Quattroporte saloon has also been given the Trofeo treatment, while the Levante has gone through a nip and tuck. By far the most exciting reveal of the year from the Modena brand took place yesterday with the long-awaited debut of the MC20.

There’s more to come from Maserati as a sub-Levante crossover is on its way. It’s been spotted recently disguised as an Alfa Romeo Stelvio-bodied test mule, and now the Italian brand is providing a first official look. Much like its bigger brother, the Grecale takes its name after a wind, specifically an “easterly wind that blows in the western Mediterranean Sea and southern France” according to Wikipedia.

Slightly smaller than the Levante, the new Maserati Grecale will ride on the same Giorgio platform as the aforementioned Stelvio. Not only that, but it will be built at the same Cassino factory in Italy where Alfa’s SUV is assembled alongside the platform-sharing Giulia saloon. The new CUV is scheduled to enter production next year, following a world premiere set to take place in spring 2021.

The teaser image confirms the Grecale doesn’t seem to be much smaller than Maserati’s sole performance crossover, and that’s because it won’t necessarily be a sub-Levante model. The company with the (now updated) trident logo has told our colleagues at Motor1.com Italy the Grecale will be positioned differently in the range, focusing on dynamism and practicality.

Maserati's Supercar Has Landed, Complete With A New Badge:

As it will be the case with all Maserati models from now on, including the MC20, the Grecale is going to be offered as a pure electric model. Details regarding the zero-emissions version will be disclosed at a later date. Meanwhile, 2021 will also be the year when we’re finally going to see the GranTurismo replacement and quite possibly a convertible derivative of the MC20 supercar.