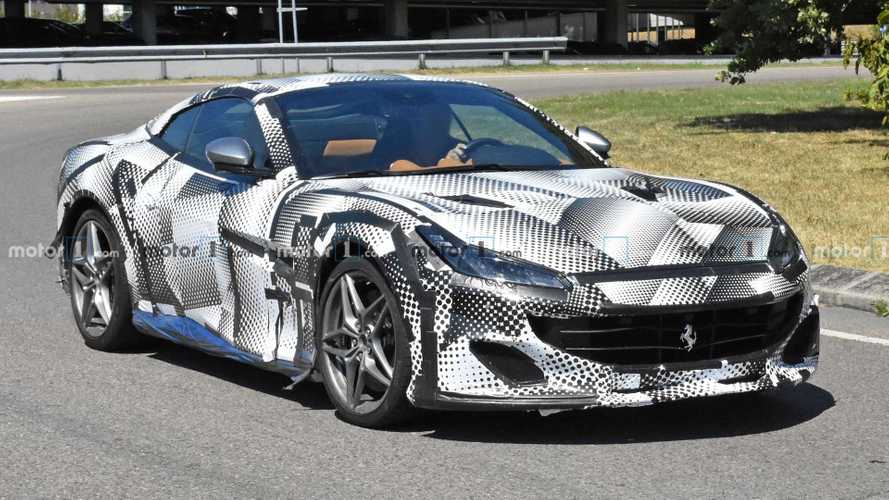 This is a lot of camouflage for a refresh.

So far, 2020 has been much quieter than 2019 for Ferrari, but that doesn’t mean the Italian supercar maker is taking it easy. We still expect the automaker to launch two new models before the end of the year, and we have new spy photos showing the Portofino is about to undergo a refresh. This isn’t the first time our photographers have spotted the model, though we don’t know why there’s excessive camouflage.

Previous Portofino spy photos have shown multiple test vehicles in varying levels of camouflage, raising questions about Ferrari's intentions. However, there are spy photos from August that show the car completely covered like it is in these new shots. We don’t know what changes Ferrari is hiding underneath, though a close inspection doesn’t appear to reveal many significant modifications to the sheet metal. There are not any noticeable visual changes, though we expect both fascias to receive makeovers.

Under the bonnet, EPA documents indicate Ferrari could give the model’s twin-turbocharged 3.9-litre V8 more power. The current model’s output is 591 bhp (440 kilowatts); however, the documentation indicates it’ll match the Roma’s output of 612 bhp (456 kW). Ferrari should also swap out the Portofino’s seven-speed dual-clutch gearbox for the Roma’s eight-speed unit. The increase in power should make the model a tad quicker than its 3.5-second sprint to 62 miles per hour (100 kilometres per hour).

This is what we know:

We don’t know when Ferrari will reveal the new Portofino to the public but we are still expecting two new models this year. The company has been adamant that 2020 would be quieter than 2019 when it revealed five new models. It was part of the company’s plan to launch 15 new ones over five years. We expect Ferrari to introduce the new Portofino in the coming months before going on sale sometime next year.