You can own an ex-Takuma Sato Jordan F1 car 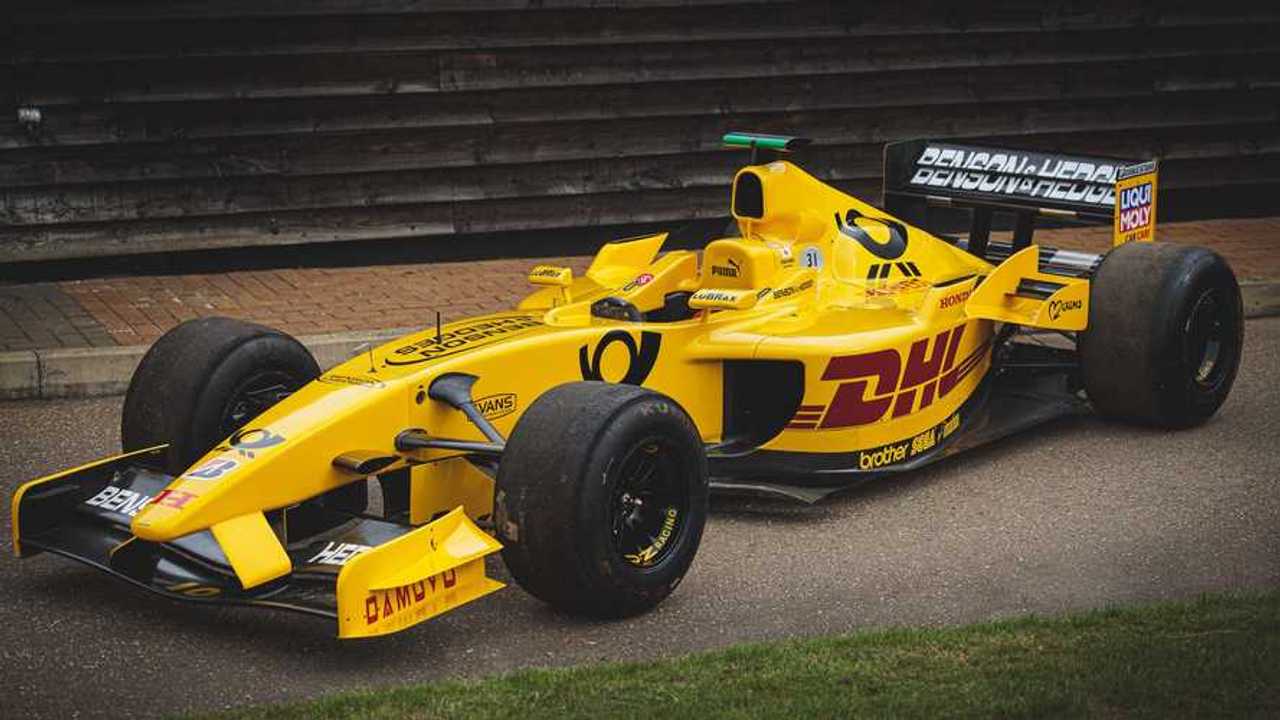 What's more, you can even drive it!

In the late 1990s and early 2000s, the yellow Jordan cars were fan favourites in Formula 1. Now a fan with deep pockets will have the chance to own one of those very cars.

Renault to be rebranded as Alpine for 2021 F1 season

Driven in period by Takuma Sato, who since leaving F1 has gone on to win the Indianapolis 500 twice, the car is in complete running condition. However, instead of its Honda V10 engine, power now comes from a Judd KV8 Zytec S3000 Formula 3000 engine, mated to a five-speed Lola/Hewland paddle shift gearbox.

That might sound ever-so-slightly disappointing, but it means that the car is significantly cheaper to run and much more useable – and it's still capable of impressive performance to boot.

As well as the user-friendly engine, the Jordan sale also includes spare sets of wheel rims and tyres, wishbones, various tools, and various other spares.

"As one of just two known remaining chassis built by the Jordan F1 team in 2002, this car’s rarity already makes it incredibly attractive and desirable," said Tristan Judge, director, The Market. "However, with the engine changes that have been made, the car is much more useable than most top flight race cars, meaning that the new owner can practically turn up to events alone and enjoy it’s stunning performance.

"The vendor keeps telling us how astounded he has been at this car’s ability to open doors to fantastic events and remarkable people, including many ex-F1 drivers.

"Not only will the successful bidder acquire a top flight race car and spares package that’s ready for action, the new owner can also enter the Boss GP Championship or accept a standing invitation to take it to Suzuka."

Gallery: You can own an ex-Takuma Sato Jordan F1 car