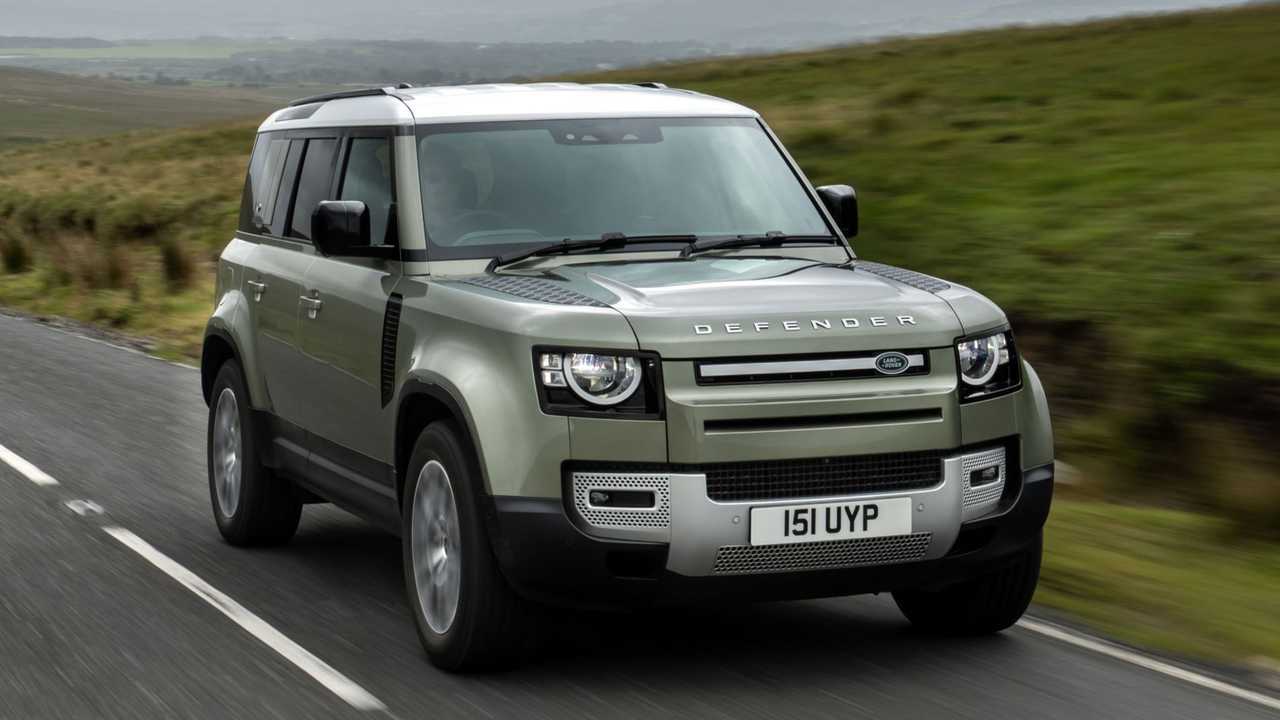 The P400e teams a 2-litre petrol engine with an electric motor.

Land Rover has announced the arrival of a new plug-in hybrid Defender, which will manage 27 miles on electrical power alone. The new P400e model is available solely with the five-door ‘110’ body shape, and pairs a 2-litre turbocharged petrol engine with a battery and an electric motor.

On their own, the petrol engine and the electric motor produce 296 bhp and 141 bhp respectively, but the total ‘system’ output stands at 401 bhp. That means the big 4x4 will manage 0-60 mph in a staggering 5.4 seconds, before hitting its top speed of 130 mph.

More importantly, though, the car will return 85.3 mpg on the official fuel economy test, while CO2 emissions are rated at 74 g/km. Teamed with the 27-mile all-electric range provided by the 19.2 kWh battery, those figures should appeal to company car drivers.

Aside from that powertrain, the P400e models also come with 20-inch alloy wheels, electronically controlled air suspension, and a charging port located on the left flank of the car. The plug-in hybrid variants will all come with a Mode 3 charging cable as standard, enabling charging to 80 per cent in two hours. But customers can also specify a slower Mode 2 cable designed for overnight charging.

More conventional standard equipment includes three-zone climate control and privacy glass, while the P400e also benefits from a regenerative braking system that charges the battery during deceleration and braking.

At the same time, the Defender is also gaining a new 3-litre mild-hybrid diesel engine. Dubbed the D300, the new six-cylinder motor produces 296 bhp, which is sent to all four wheels via an eight-speed automatic gearbox and a new ‘intelligent’ all-wheel-drive system. That’s enough to get the short-wheelbase Defender 90 from 0-60 mph in 6.3 seconds.

Iain Gray, senior manager for powertrain advanced engineering at Jaguar Land Rover, said the new powertrains would complement the existing engine range with its mix of economy and capability.

At the same time, Land Rover is also introducing the new X-Dynamic trim. Designed to look even tougher than the standard car, the newcomer is marked out by Silicon Satin front and rear skid plates, and a matching grille bar, as well as rear recovery loops in Satin Black.

The theme is continued inside, where Land Rover has trimmed the seats with a material called Robustec. Inspired by “workman’s gloves and patches on motorbike jackets”, Land Rover says the material is “hard-wearing”, with a hexagonal pattern and “unique” texture.