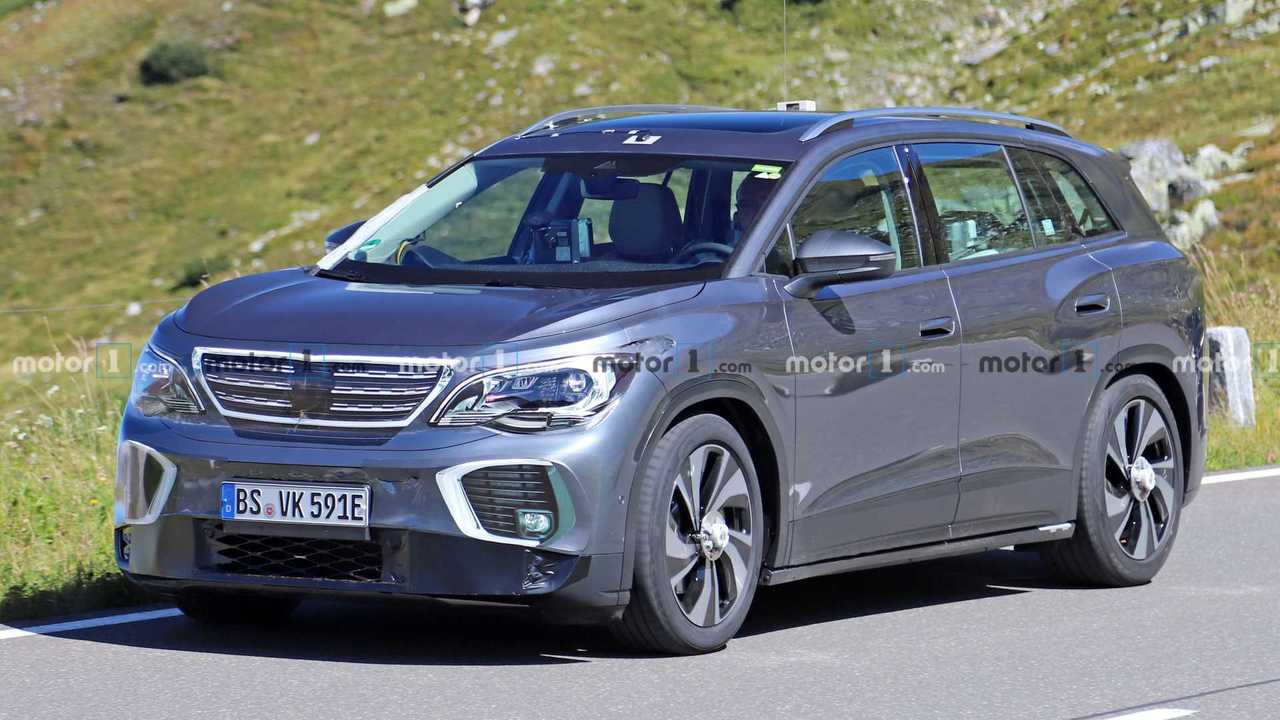 New spy shots offer our first look at the development of the production version of the Volkswagen ID. Roomzz concept. When the big EV arrives on sale, expect the brand to call it the ID.6 to fit the naming scheme for this upcoming family of vehicles, like the smaller ID.3.

These photos come from the vehicle's development in the Austrian Alps. The front of the body wears well-concealed camouflaged. If you look very closely, it's possible to see that much of the front fascia, including the elements in the corners, is actually a decal for hiding the production-spec parts. The engineers seem to hide the headlights the same way.

In profile, there isn't much covering. The camouflage is predominantly at the back where there's concealment over the rear pillar that indicates the window along the side is larger than it appears here. The engineers also cover the portions of the taillights that wrap around the side of the body.

The rear has decals over at least part of the taillights, so expect the lamps to look a little different when the covering comes off. The "Brake Test" logo on the back provides a good idea of what VW is developing on this mountain road.

Got room for a Roomzz in your life?

Like the rest of the models in the ID family, the ID.6 rides on VW's MEB platform for electric vehicles. In the concept, the Roomzz was good for 302 bhp (225 kilowatts). It had an 82-kilowatt-hour battery that provided an estimated range of 280 miles (450 kilometres) in the WLTP test.

The FAW-VW Foshan factory in China already built at least two pre-production units of the ID.6. Mass production reportedly begins there in 2021. The variant for the Europe and US would come later.