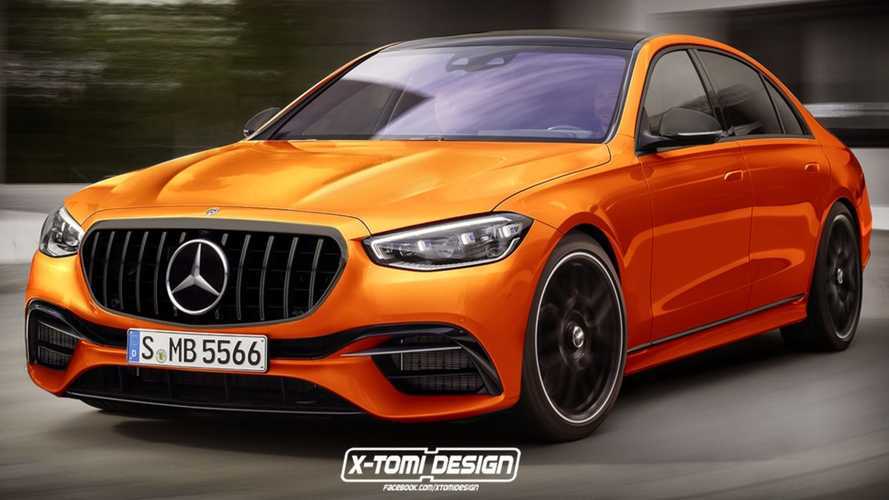 Sad the AMG S65 is dead? Don't be, because Mercedes is planning two AMG S-Class versions.

With Daimler determined to AMG pretty much all the things, you can rest assured the new Mercedes S-Class is going to receive the Affalterbach treatment. Yes, the V12-powered S65 has bowed out with the W222-based Final Edition, but the S63 will live to see another generation and it will reportedly be joined by an even hotter S73. Both are said to earn the letter “e” at the end of their names to signal electrification.

That’s right – the S63e and S73e are widely believed to feature a hybrid powertrain. Independent artist X-Tomi Design has imagined the “lesser” version of the AMG S-Class duo, complete with the menacing front grille with vertical slats and a matte black finish. It’s been envisioned with a more aggressive bumper featuring larger intakes feeding air to the uprated powertrain.

These are the typical upgrades you’d expect from the S-Class for its transition from a Benz to an AMG model, along with the lowered ride height and a larger set of alloy wheels. X-Tomi Design isn’t providing us with a rear look, but that’s where we’ll find the quad exhaust tips flanking a sporty diffuser, and maybe a subtle boot lid spoiler.

The first-ever S63e will allegedly use a twin-turbo 4.0-litre V8 engine teamed up with an electric motor mounted at the back. According to a recent report from British magazine Autocar, the hybrid setup will be good for a combined output of nearly 700 bhp. The more potent S73e will rely on the same combustion engine, but with a beefier electric motor to increase power to a little over 800 horses. The two are also expected to share a 20-kWh battery pack, and it will be interesting to see what sort of EV range the two performance saloons will offer.

The new S is here, with spicy versions coming soon:

If we’re talking future S-Class derivatives, the Maybach is the first order of business. It will debut in November at the Guangzhou Motor Show, which means the AMGs will likely follow later in 2021. Spy shots have revealed an armoured Guard model is in the making as well.