Nissan Qashqai spied inside and out, but it's reportedly been delayed 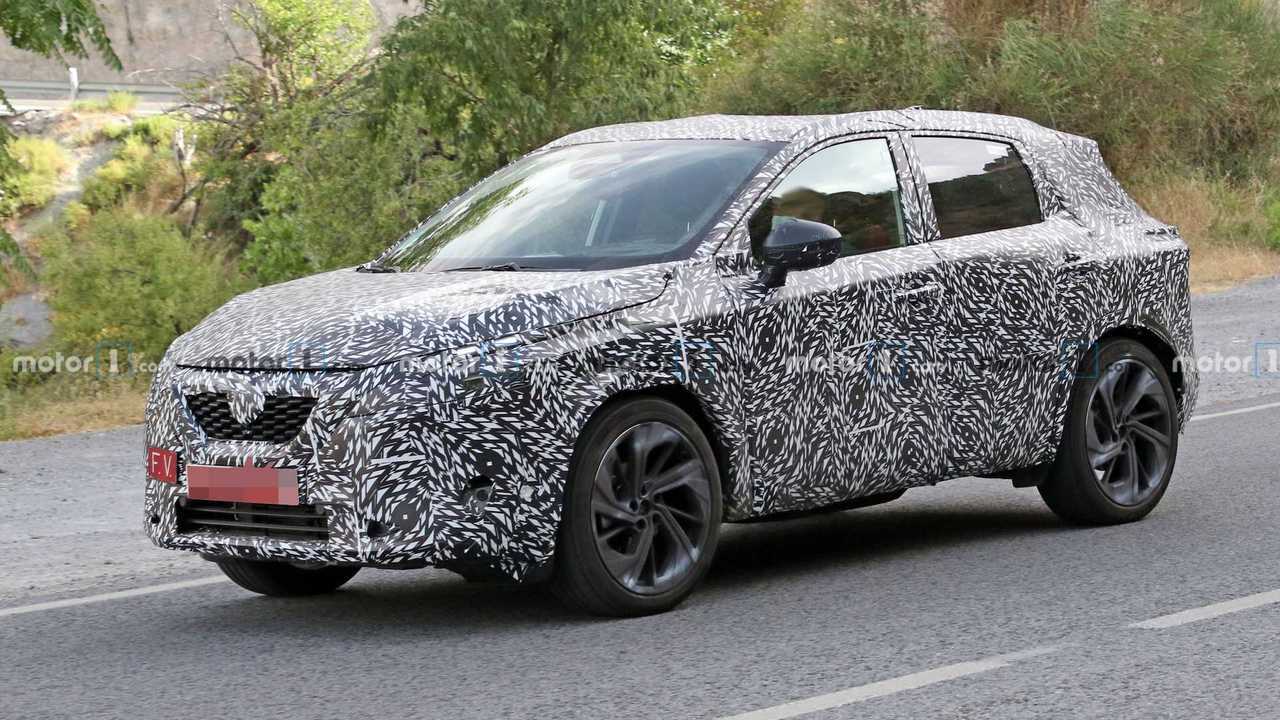 Production won’t commence at the Sunderland UK plant until after April 2021.

Nissan is in the midst of refreshing nearly its entire lineup, and it goes without saying the Qashqai / Rogue Sport is vital to the company’s shakeup plan. The European version of the compact crossover has now been spotted up close and personal hiding a bold front fascia with large C-shaped headlights with the LED daytime running lights on top.

The side profile has been subjected to quite a few changes as well considering the mirrors are no longer at the base of the A-pillars. They’ve been moved lower on the doors and that likely has a positive impact on rearview visibility. The greenhouse is also different judging by the reworked beltline that has a flatter design rather than jumping up from the middle of the rear doors as it does on the outgoing model.

Moving at the back, the changes are less noticeable. From what we can tell, the taillights appear to have a flatter configuration and continue to extend on the tailgate. The red reflectors have been moved lower on the bumper while the license plate remains mounted in the centre of the rear. There could be more tweaks than meets the eye, but we’re getting the impression the rear end won’t be all that much different compared to the current Qashqai.

Overall, Nissan’s best-selling European model should inherit some of the design DNA from the larger 2021 Rogue, and that holds true for the interior. A few shots of the prototype’s cabin reveal a familiar digital instrument cluster and tablet-like infotainment, mirroring the Qashqai’s bigger brother. The central air vents and the rest of the switchgear seem quite similar, and so does the steering wheel.

The tachometer positioned on the left side of the digital driver’s display goes up to 8,000 rpm, thus indicating the prototype had a petrol engine. It makes sense given Nissan’s decision to gradually move away from diesels in Europe where customers are no longer enamoured with oil burners in the aftermath of the Dieselgate. Paddle shifters behind the wheel reveal the test vehicle had an automatic transmission.

And now for the bad news – the next Qashqai has allegedly been pushed back by at least six months. Citing two people familiar with the matter, Financial Times is reporting production of the new crossover won’t commence at the Sunderland plant in the UK until after April 2021.

It is believed the delay has to do with the impact the coronavirus has had on the automotive industry, but something good could come out of this. Automotive News Europe says Nissan will know more about the evolution of the UK's trade relationship with the European Union in the post-Brexit era. The current agreement will come to an end early next year, with the two parties currently negotiating a new deal.