BMW M4 Convertible spied after being unseen for a long time 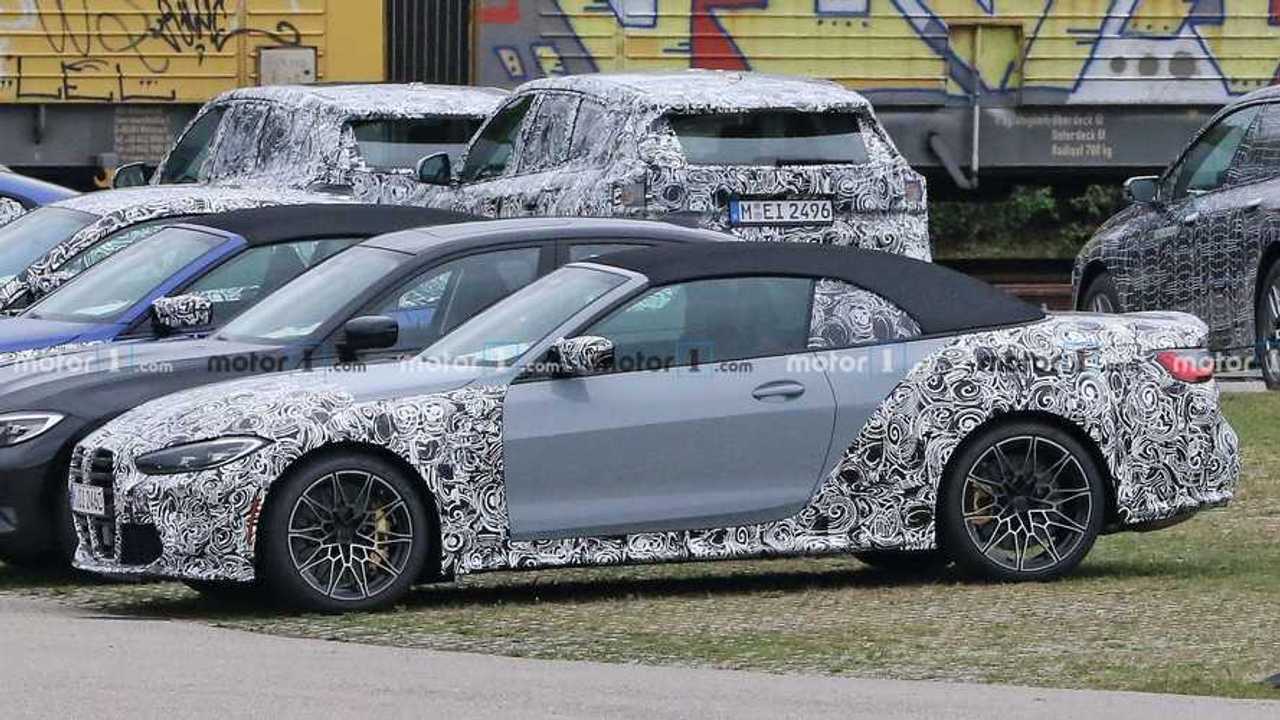 It has been a while since we've seen the soft-top M4 out in the wild.

The much-awaited BMW M3 and M4 are all set to debut this month. We have a lot of information about the two compact Bimmer combo – we even know that the M3 will debut in Isle of Man green body colour, while the M4 will greet the world in Sao Paolo Yellow.

But what we don't know is whether the M4 Convertible will also debut with the two hotter versions of the 3 Series and 4 Series. We haven't seen the M4 Convertible for a long time – with the initial appearance of the now soft-top convertible happening more than a year ago.

Spotted by our spy photographer, the drop-top M4 flaunts its wrapped body while resting with other Bimmer prototypes. Though still relatively concealed, this M4 Cabrio prototype is more exposed than what we previously saw last year, showing a huge part of its body panels. What interests us, however, is the new set of wheels on the prototype – a unique set in our eyes and a deviation from the usual blacked-out rims of the M4.

But then again, with a soft-top and a massive grille leading the list of changes in the M4 Convertible, a new set of wheels isn't so much of a surprise after all.

We're counting days before the big M3 and M4 reveal:

As mentioned, it's still unconfirmed whether the soft-top M4 Convertible will make its global debut together with the M3 and M4 on September 23. What's expected is that it will get the power plant as with its hard-top counterpart, previously reported to arrive with a 3.0-litre twin-turbo inline-six engine inside its bonnet.

In terms of power, the standard version makes 473 bhp (353 kilowatts) mated to a six-speed manual, while the Competition variant churns out 503 bhp (375 kW) and uses an eight-speed automatic gearbox. The rear-wheel-drive versions will be introduced initially, with the all-wheel-drive counterparts following a bit later.