Europe's most honest car is finally switching to the next generation.

[UPDATE] Dacia has released a second teaser clip, showing the headlights and taillights of the Sandero Stepway and regular Sandero, respectively. The full debut is set for next Monday, September 7.

As James May would say – Great news! The new Dacia Sandero is right around the corner. Renault’s humble Romanian brand has finally started the teaser campaign for the third-generation supermini, which will be joined right away by the crossover-esque Sandero Stepway (pictured above) and the Logan saloon. The three cars have been a long time and are finally about to ditch their second-gen Clio roots dating back to the late 1990s.

The trio will stick to Clio underpinnings but will move to the CMF-B platform used by the latest generation of Renault’s subcompact hatchback, albeit in a low-cost configuration to keep the asking price as low as possible. These shadowy images are all that Dacia is willing to show for the time being, but we do know the cars will be revealed “soon.”

Numerous spy shots have revealed the exterior design will take a step in the right direction, although we’ll reserve our final judgment for the moment when the camouflage is going to come off. The prototypes seemed to have LED headlights for the low beams, which would be a nice feature to have on such an affordable car.

Love it or hate it, the infotainment system will be of the tablet variety, meaning it will stick out from the dashboard. We’re expecting the Sandero and Logan to learn a thing or two from the fancier Clio, but it goes without saying the quality of the materials won’t match that of the hatchback carrying the diamond logo. 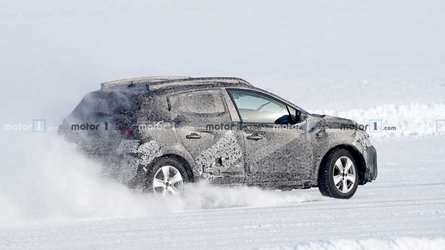 2021 Dacia Sandero Stepway and Logan spied dancing in the snow 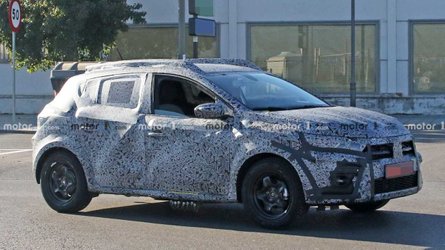 Chances are the oily bits are going to be carried over from the Clio, although we wouldn’t get our hopes up too high for the turbocharged 1.3-liter petrol engine offered exclusively with an automatic transmission by Renault. The relatively potent 130-bhp four-cylinder mill likely won’t be found on the Sandero’s specs sheet, but there are rumours of a punchy hybrid version with 140 bhp to match the Clio E-Tech.

The bread and butter of the sales will be represented by three-cylinder 1.0-litre petrol engines in naturally aspirated and turbocharged flavours, with output varying from 65 bhp to 100 bhp. There should also be a diesel available, namely the 1.5-litre dCi with either 85 bhp or 115 bhp, although the latter might be skipped much like the 1.3 TCe to avoid eating into Clio's sales.

How soon is “soon”? The three-in-one official reveal could take place in the coming days.