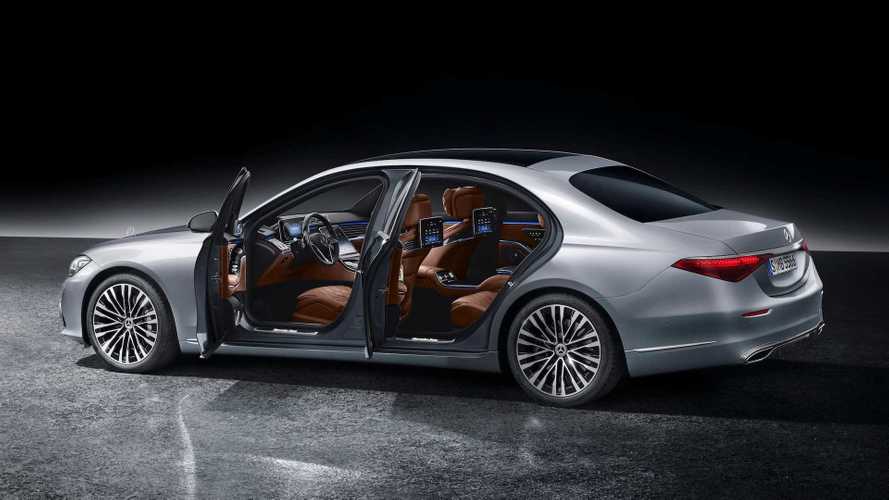 The extra-long Maybach will rock a V12 with all-wheel drive.

It was only yesterday when Mercedes unveiled the new S-Class and we’re already turning our attention to future derivatives of the luxobarge. As it turns out, we won’t have to wait a long time for the posh Maybach version as British magazine Autocar has learned the official premiere is scheduled to take place in November.

Unsurprisingly, the extra-long saloon will premiere at the Guangzhou Auto Show in China where the Maybach brand has been enjoying great success since its reintroduction a few years ago.

Mercedes has already announced the Maybach S-Class will be the only version of the lineup to still offer the silky smooth V12 engine, a twin-turbo 6.0-litre powerhouse with heaps of power. According to Autocar, its output will remain unchanged, at 621 bhp and a mountain-moving 738 lb-ft (1,000 Nm) of torque.

The Benz-branded S-Class is already bigger than its predecessor in both wheelbase configurations, but the fancier Maybach will be stretched furthermore for stellar rear legroom. Aside from the confirmed 4Matic all-wheel-drive system, additional details are not available at the moment of writing. However, Markus Schäfer, board member for Group Research and Development, Procurement and Supplier Quality, told Autocar the Maybach version will be “very differentiated from the long versions.”

In related news, the S-Class lineup will be further diversified with the launch of not one, but two AMG models. While the V12-powered S65 is not coming back, the S63e and S73e will pack a tremendous amount of power. Both are said to combine a twin-turbo 4.0-litre V8 with a rear-mounted electric motor, which will allegedly develop 134 bhp in the S63e to enable a combined output of nearly 700 bhp. The top dog will employ a 201-bhp specification of the electric motor for a grand total of 805 bhp.

Both AMG models are believed to be in the final development stages and will share a lithium-ion battery pack with a capacity of approximately 20 kWh. It’s unclear when the two performance versions, but deliveries in the UK won’t start until the middle of next year.

The slow-selling coupe and cabriolet versions are not coming back, while a plug-in hybrid diesel powertrain has also been ruled out even though the E-Class is available in some markets with an electrified diesel. The most advanced setup will be reserved for the EQS, a fully electric flagship coming next year with a far more striking design compared to the conservative S-Class.

All you need to know about the new S-Class: