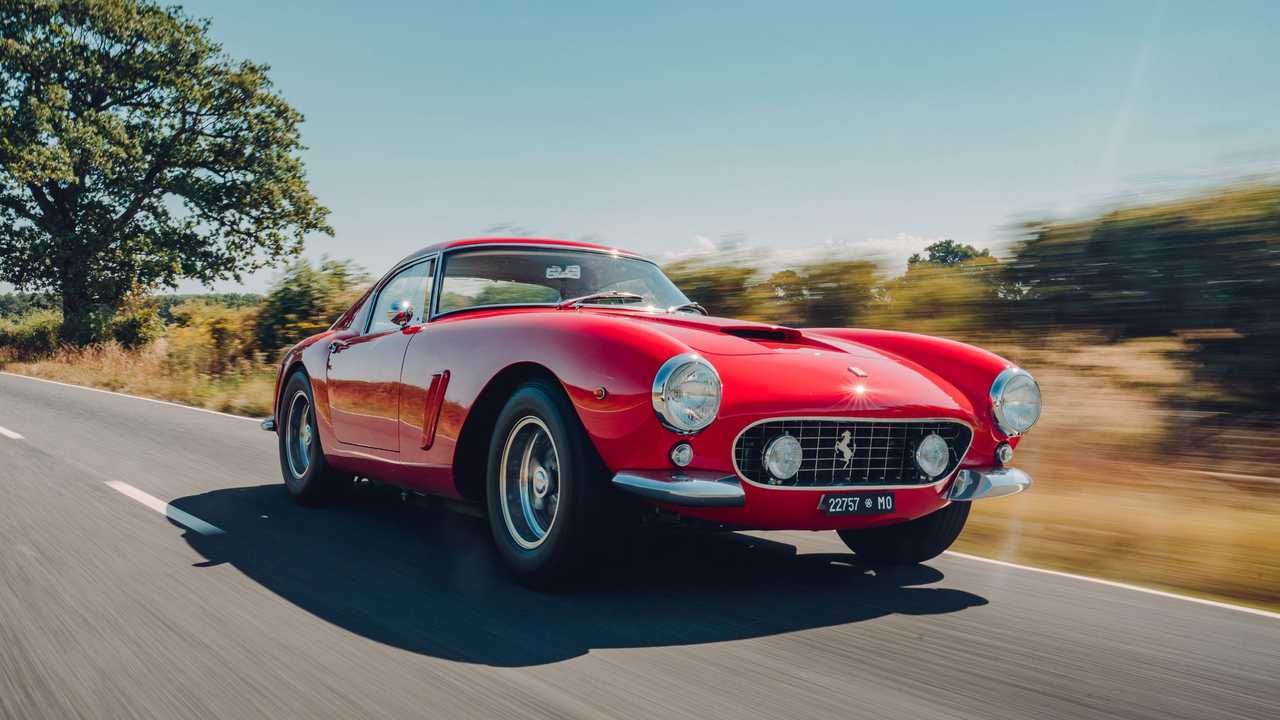 British firm GTO Engineering has revealed its handmade recreation of one of the greatest Ferraris ever.

How do you improve upon perfection? It's an age-old question, and one we finally have an answer to thanks to British Ferrari specialists GTO Engineering.

GTO Engineering has been working on for a while. In fact, its staff have a combined experience over 200 years, and have covered more than half a million miles behind the wheel of some of Maranello's most magnificent machines.

The firm's latest creation is the 250 GT SWB Revival, based on the legendary Ferrari 250 GT SWB of the 1960s – a car that took wins at Le Mans, the Tourist Trophy, and Spa-Francorchamps and was described back then as "the greatest GT car in the world".

Nowadays though the Italian originals are worth frightening amounts of money – values with many zeros on the end – as such, they're rarely ever seen.

The 250 SWB Revival is the perfect alternative. Produced using original drawings and measurements, the car is built to 1960 Ferrari 250 GT SWB Berlinetta Competizione specifications, meaning that it's roughly 20 cm shorter than the regular 250 GT. It is built in true period style, too, with hand-beaten aluminium panels draped over a tubular frame chassis. That body can be painted in a range of period-correct colours as well.

"The 1960 Competition car is the one to have – not only is it the shorter chassis, improving drivability and handling, it has disc brakes [the 250 SWB was the first to have them on a Ferrari GT car], and an aluminium body rather than steel," said GTO Engineering managing director Mark Lyon. "But it has one major drawback. Because it was made in so few numbers, it’s not really a car you can take to the shops or drive on the lock-stops without fearing damaging the body or destroying originality.

"The 250 SWB Revival is a 'best of;, based on original drawings and knowledge, with an added usability, driveability and the option to make it as road or race-focused as you’d like."

The engine is also a handmade work of art. Available as a 3.0-litre, 3.5-litre, or a 4.0-litre, each Columbo V12 takes the GTO Engineering team more than 300 man hours to produce. There's no modernenhancements either, with each engine specification paired with triple carburettors to ensure a smooth power delivery.

As well as a choice of engine specifications, there's also a choice of a four- or five-speed manual gearbox, and not a single flappy paddle in sight.

"It’s hard to beat perfection [the 250 SWB], but you can make it more driveable, liveable and easier to use on a daily basis," added Lyon. "You can also provide drivers the option for different V12 engines and gearboxes, which you can’t with an original.

"We wanted to give flexibility to owners who either want a grand tourer, a faster set-up road car or full race car that you can drive to and from events. The 250 SWB Revival was designed to be versatile, usable but also completely customisable."

Back in the 1960s, the original 250 GT was the first Ferrari GT car to be fitted with brake discs as standard and the 250 GT SWB Revival utilises that very same traditional brake design. Lighter and more heat efficient aluminium brake calipers are also available as an optional extra, while a choice of 15-inch or 16-inch, polished or standard finish wheels are available.

Inside there's a fully-trimmed leather interior as standard, with a choice of full racing harnesses or lap belts. Air conditioning is available as an option, as well as a subtly-incorporated USB charger. A full race-spec roll cage can also be specified.

So far more than 30 250 SWB Revivals have been sold, with each taking up to 18 months to complete at GTO Engineering's base in Twyford in the UK. The finished cars can be handed over either there, or at the company's Los Angeles premises in the US.

The price? Many, many Pounds, but not as much as the £6 million plus that you'd fork out for the original. A bargain! Relatively...