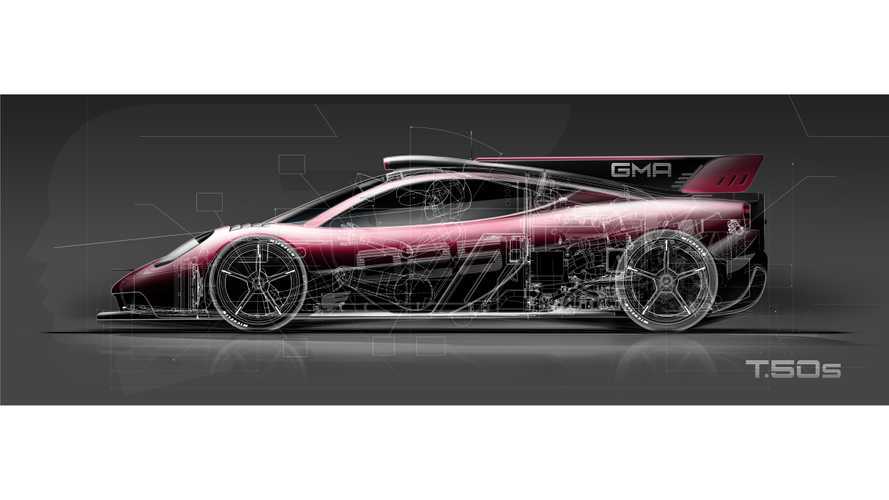 A racing series planned too.

If you're in the market for the new Gordon Murray Automotive T.50, you're out of luck. The full allocation of road-going supercars sold out within 48 hours of its unveiling.

Although if you want a more potent, track-focused version of the already extreme car, you're in luck, because Gordon Murray Automotive has announced that 25 'racing' version will now be produced too.

The Cosworth-developed powerplant will have more than 50 components changed, including the cylinder heads and camshafts. There'll be an all-new free flow exhaust system too which doesn't need to adhere to road rules around noise.

"With an unwavering focus on performance, and free from road-going legislation and maintenance considerations, the T.50s will achieve astonishing performance on track, demonstrating the full extent of the car’s capabilities," said Gordon Murray. "We’ve thrown everything at pushing this car beyond the levels of anything that’s been done before – it’s a celebration of British engineering and our team’s extensive motorsport experience."

Aerodynamics will be reworked. A key addition will be that of a rear-mounted 1,758 mm-wide delta wing which will work with a new front splitter, underbody aerofoil and adjustable diffusers, as well as the car's distinctive rear fan to produce 1,500 kg of downforce – that's 170 percent of the car's weight.

"Designing the racing car’s aerodynamics has been extremely rewarding," said Murray. "My love for motorsport really fuelled the development of this car. The aerodynamics are so effective that the T.50s would be capable of driving upside down, and could do so at as little as 175 mph."

Inside the car will be completely stripped back, with instrumentation, air-conditioning, infotainment, storage compartments, and carpets all taken away. One of the two passenger seats will also be removed, but the driver will remain seated centrally, this time in a perfectly fitted carbon fibre seat.

The Formula 1-inspired steering wheel is also stripped back, retaining controls for only the most vital functions.

Back to that 'if you want one' point. There's two sticking points. Around half of the production run have already been sold, and each will cost £3.1 million, plus local taxes. That also includes the full 'Trackspeed; individualisation package that includes set-up, training, and support – a racing series is also in the works.