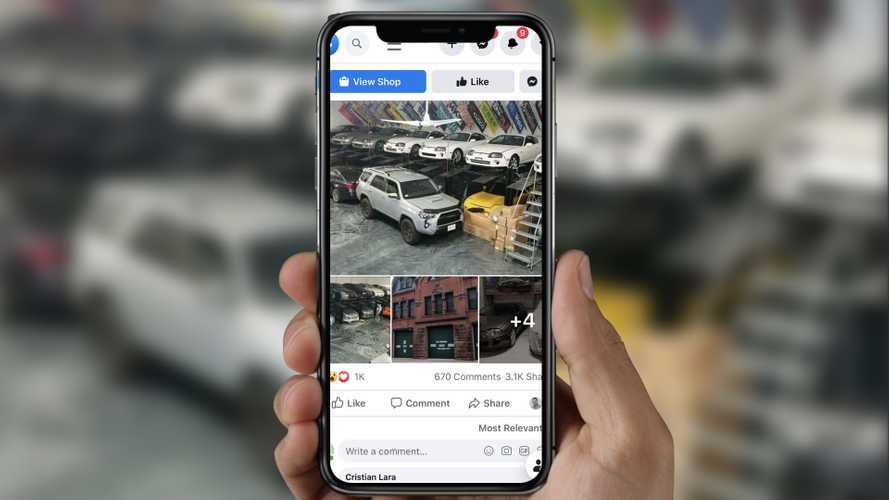 A Massachusetts man is allegedly behind it all, and he's still at large.

Friends, crime doesn’t pay. That is, it doesn’t pay in the long run, but in the shorter term, this article mentions dozens upon dozens of cars that were reportedly collected by an individual while running a rather significant marijuana operation in Massachusetts. Suffice it to say, he doesn’t own them anymore.

According to Mass Live, 41-year-old Cory Taylor was arrested by police following a traffic stop in Pelham that found 13 kilograms (38 pounds) of marijuana in a van he was driving. He allegedly told police he’d been paid to deliver the van to someone named Juan, and that six bales of marijuana had also been shipped to his mother’s house in New Salem. To make a long story short, there apparently was no Juan, and follow-up investigations uncovered a huge marijuana operation that he was allegedly running. Of particular interest to us, it seems Taylor had a fondness for cars.

At a property belonging to Taylor’s mother, a large garage reportedly containing 37 cars was found. Social media images posted by The Sauce Spot claim to show part of the collection, which includes numerous A80 Toyota Supras and E46 BMW M3s. We see at least one Nissan GT-R in the mix, as well as a couple of Mitsubishi Evo and several cars in plastic wrap that we can’t quite identify.

A second location in the town of Holyoke reportedly contained eight exotic cars, though specific models aren’t mentioned. The social media post shows a yellow R34 Nissan Skyline, but it’s unclear if that car was part of the second collection.

It doesn't really matter, because Taylor no longer owns any of these cars. They were confiscated, along with gobs of marijuana, over a million dollars in cash, and a cache of 24 illegal weapons. These items were reportedly found in the Holyoke location, which was an old downtown firehouse that had been converted into a luxury home.

As for Taylor, he was released on bond shortly after his August 21 arrest and has since vanished. According to reports, he failed to appear for his court date, and Massachusetts law enforcement now considers him an armed and dangerous fugitive.

Sources: Masslive.com, The Sauce Spot on Facebook via Carscoops