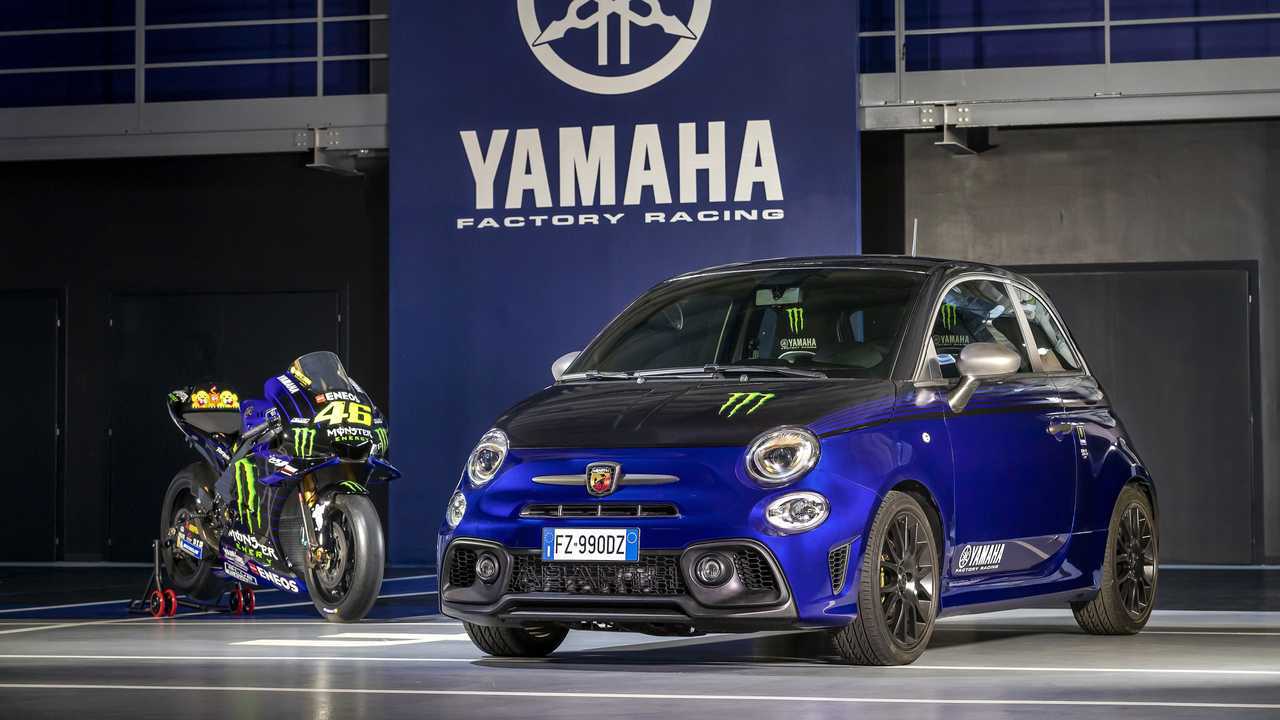 Brace yourself for the Scorpioneoro and Monster Energy Yamaha editions

Abarth has announced the arrival of two new 595 special editions, which come to market with prices from £21,590 and £22,345 respectively. The cheaper of the two will be the Monster Energy Yamaha inspired by the MotoGP superbike, while the more expensive Scorpioneoro is designed to offer a mix of comfort and performance.

The latter is marked out by its black livery, decorative gold bodywork lining and gold-painted alloy wheels, but it also boasts a matt black chessboard roof and grey finish on the door handles and mirror caps. And to mirror the ‘Gold Scorpion’ name, the car is adorned with gold scorpions on the bonnet and the wheel centres.

Inside, new Abarth ‘Scorpionflage’ front sports seats with black leather upholstery set the tone, while the front seat head restraints are embroidered with ‘Scorpioneoro’ lettering alongside the Italian flag and Abarth embroidery. The dashboard, meanwhile, is Scorpion Black with matt black details, and there’s a gold plate on the central tunnel.

The Scorpioneoro also comes with Abarth’s top-of-the-range seven-inch touchscreen infotainment system, complete with Apple CarPlay and Android Auto, as well as a Beats Audio sound system. And the whole car is powered by a 1.4-litre turbocharged petrol engine that churns out 163 bhp. That’s enough for a 0-62 mph time of 7.3 seconds.

And like the Scorpioneoro, the limited-edition car gets new Abarth sports seats, albeit with blue finishes and the ‘Monster Energy Yamaha MotoGP’ logo on the head restraints. The blue lining contrasts with the black dashboard, while the numbered plate denoting the car’s special-edition status is placed on the central tunnel.

Other features include the flat-bottomed steering wheel, sport button and the Record Monza exhaust with active valve. There’s a specially designed braking system, too, which complements the Koni rear suspension. That itself is fitted with Frequency Selective Damping (FSD) technology designed to improve the ride and handling characteristics of the car.

Both cars will be available to order from Friday, September 4, with prices from £21,590 for the Monster Energy Yamaha model and £22,345 for the Scorpioneoro.