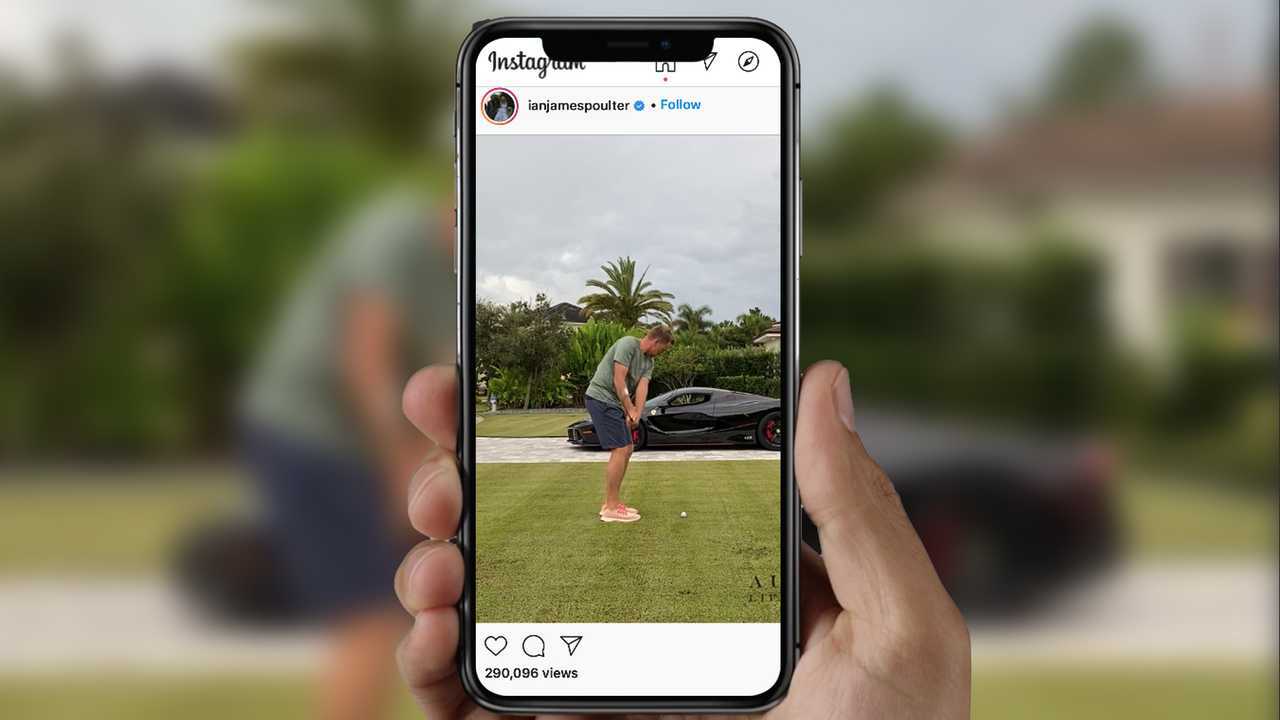 This guy must have lots of faith in his skills.

Ian Poulter is a professional golfer with three PGA Tour victories in his career. He also owns some impressive vehicles like one of the 210 examples of the Ferrari LaFerrari Aperta and a Mercedes-AMG GT 4-Door. He's showing them off on Instagram while also offering a demonstration of his skill with a club.

Let's start with the less expensive machine, not that the Mercedes-AMG GT 4-Door's six-figure price is cheap in any way. Poulter pulls up in the white saloon with the front windows down. He already has the club and ball ready. He then effortlessly chips the golf ball through the fairly small opening and then drives away.

Now comes the truly impressive feat because the LaFerrari Aperta is a truly rare machine. Ferrari sold out of the initial 209-unit production run with just a single mailing to customers. It then built one more to benefit the reconstruction of Central Italy after earthquakes in 2016. On the second-hand market, owners have been asking millions of dollars when the supercars come up for sale.

As a refresher, LaFerrari Aperta has a removable carbon fibre panel over the cabin, and there's an optional soft top, too. The performance from the hybrid-assisted V12 is identical to the coupe, which means it can hit 62 miles per hour (100 kilometres per hour) in less than three seconds and a top speed above 217 mph (350 kph).

So with the challenge clear, it's time for Poulter to pick up his club and try to thread the needle between the Aperta's small windows. Hitting the million-dollar machine with a golf ball would be a tragedy. As you'd expect, since he's posting this on his Instagram account, Poulter nails the stunt, and the ball sails through the opening.