Want to see the prototype for Porsche Cayenne convertible?

Even Porsche's impressive museum isn't big enough to house all the important vehicles, concepts, and racecars in the company's collection. In the latest video from Shmee150, he gets to visit the warehouse that stores the overflow, and it's a wonderland for any fan of the German brand.

Shmee150 starts by touring the museum where Porsche displays some of its most notable creations that you are probably familiar with. There is a bevy of racecars spanning the recent 919 Hybrid to the Cisitalia 360 grand prix racer from the late 1940s. Some oddities are on display, too, like the engineering prototype for the 918 Spyder that has only the most necessary body panels.

The real magic starts when Shmee150 goes into the warehouse. There, the company lines up rare vehicles nose-to-tail and in some spots stacks them to the ceiling. Whether you're into Porsche road-going machines, prototypes, or racecars, there's something cool to see here. The one-millionth 911 sits next to rarities like the recent Speedster. All of the 991-generation GT models line up together.

One of the more historically significant vehicles in there is the final naturally aspirated 911 Carrera. Specifically, it's a Targa GTS in Carmine Red with a manual gearbox.

Another surprise is seeing Porsche's prototype for a Cayenne, Cayenne convertible. It's a two-door with a soft roof and heavily modified C-pillar. While not beautiful, the vehicle is undoubtedly interesting. Judging by other convertible crossovers, the topless Cayenne probably would have been a failure on the market. 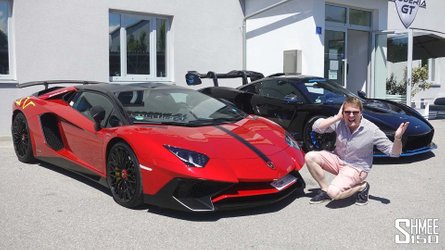 Shmee drives the loudest Lamborghini Aventador SV in the world
⠀ 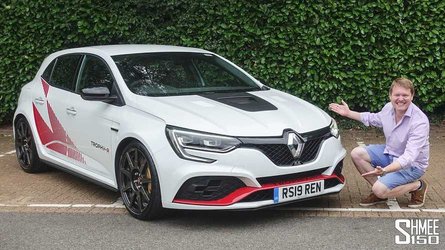 Shmee drives the fastest front-wheel-drive car at the Nurburgring

There are so many amazing Porsches that if you're like us, you find yourself begging for Shmee150 to slow down and check out even more vehicles. He lavishes attention on the many 959s and 918 Spyders but has to walk by a 928 and 914 that look like they might have a fascinating story.