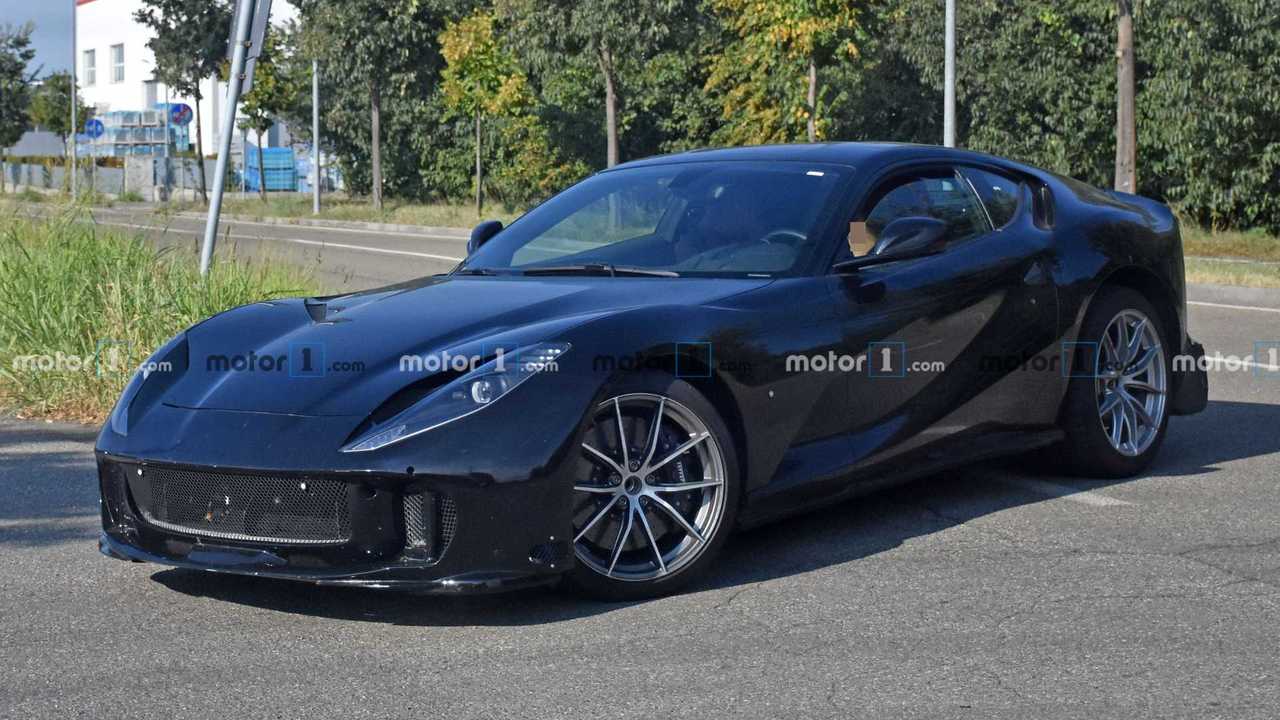 What's better than a Ferrari prototype? Two of them.

The Prancing Horse is not only able to keep the 6.5-litre engine alive in an automotive world facing increasingly stricter emissions regulations, but it’s finding other areas to upgrade the 812 Superfast.

Not one, but two prototypes have been spotted roaming the streets of Italy without much camouflage. Some good ol’ fashioned duct tape was used on the prototype carrying the license plate ending in “AT01” to partially hide the yellow cables and secure them on the body. “Partially” because you can see them in the bottom-right corner of the passenger door where the cables likely continue in the engine bay.

It’s a sign Ferrari was keeping a close eye on the powerhouse lurking from underneath the bonnet, an engine that already makes an astounding 789 bhp and 718 Newton-metres (530 pound-feet) without forced induction. It’s unclear how many horses the Ferrari stable is going to get, but we’re likely looking at a final output exceeding the 800-bhp mark to make the car worthy of its rumoured “GTO” badge.

Corroborate the bump in output with a possible weight loss and aerodynamic tweaks and you end up with surely one of the fastest front-engined cars the world has ever seen. When are the wraps going to come off? It could take place in the coming months since Ferrari has promised to unveil two new models before the end of the year. As for the other car, chances are it’s the SF90 Stradale Spider, although nothing is official at this point.

If this does indeed carry the Gran Turismo Omologato suffix, expect production to be strictly limited in the same vein as the 599 GTO before it was capped at 599 cars.