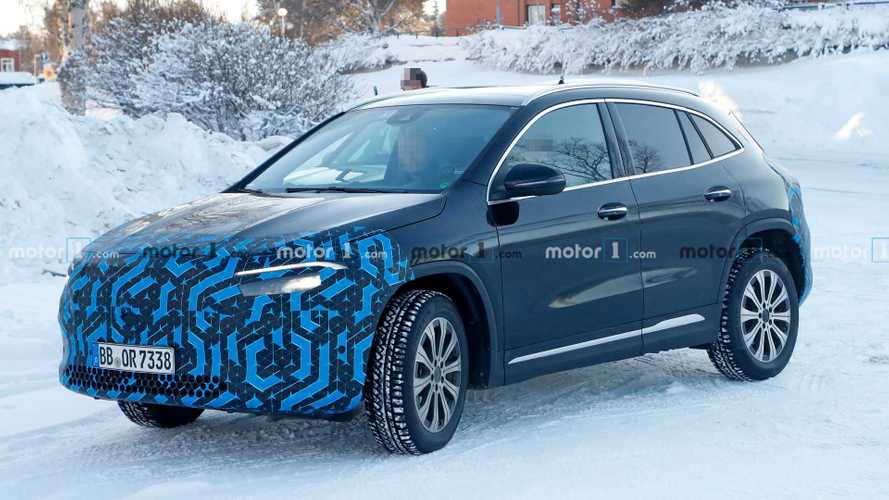 And there could be even more small EVs.

Mercedes-Benz is busy working on a number of new models. Obviously, the new S-Class is the star of the show but there are also a number of other important products in the pipeline. These include the EQA, the brand’s first compact all-electric mass production model, which is scheduled to arrive later this year. It could be joined by a number of additional compact cars, according to a new report.

Which Car recently sat and talked with Mercedes compact vehicle chief development engineer Axel Heix and head of overall vehicle testing Johen Eck, who hinted that even more compact cars from the Stuttgart-based manufacturer are possible. Nothing can be confirmed at this point but the indications are positive.

Simply put, with the highly flexible MFA architecture Mercedes has a powerful tool for developing new derivatives of already existing models. Take for example the A-Class, GLA, and CLA, which were all released in a matter of less than two years. The upcoming EQA will complete the cycle (for now) with its unveiling before the year’s end.

The next to arrive: the EQA

2021 Mercedes EQA Spied With Less Camo Than Before

Which Car even speculates that an all-electric compact model could join the already confirmed EQA. One of the possible options is a hatchback or a saloon with a zero-emission powertrain, similar in size to the A-Class and CLA, respectively. While the MFA platform is flexible and allows basically all kinds of shapes, development is not something that happens in the blink of an eye.

“We’ve still applied the full development force, testing force, and maturity level assurance on each new derivative that comes up and that includes also the potential alternatives coming up,“ Helix added. “There’s no simple plug-and-play but it certainly helps to have the platform that’s capable of doing it.”