Here's a chance to see the whole thing.

The official teasers for the BMW M3 Touring don't provide a complete look at the upcoming performance estate. Now, we have a new gallery of spy photos that finally provide a chance to view the vehicle in detail.

In front, the M3 Touring wears a nose that's identical to the saloon. This includes the huge kidney grilles and bonnet bulges that incorporate into them. Big inlets in the lower fascia add some visual balance to the vehicle's face. There are also tiny, vertical vents in the corners for cooling the brakes.

At the other side, the camouflage makes things hard to see for sure, but the rear fenders appear a little wider than on the standard 3 Series Touring. The exhaust layout is the same as on the M3 saloon by having two sets of dual exhausts.

The new M3 and M4 will use a 3.0-litre twin-turbo inline-six. It'll make 473 bhp in the base model and will be available with a six-speed manual or eight-speed automatic. The Competition version will make 503 bhp and will only offer the auto gearbox. 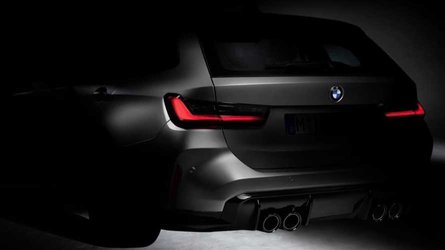 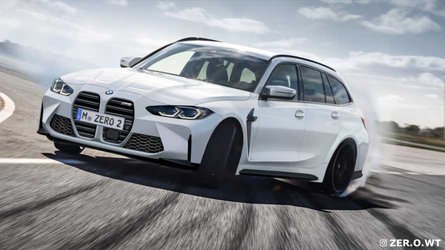 Those models will launch with rear-wheel drive but will get an all-wheel-drive option later. The drivetrain availability for the M3 Touring isn't yet clear, but it's entirely possible that BMW could offer both setups in the estate.

While BMW is being very open about the M3 Touring's development, the company is clear that a production version is about two years away. This suggests that the vehicle would go on sale for the 2023 model year. The M3 saloon and M4 coupe debut on September 23.