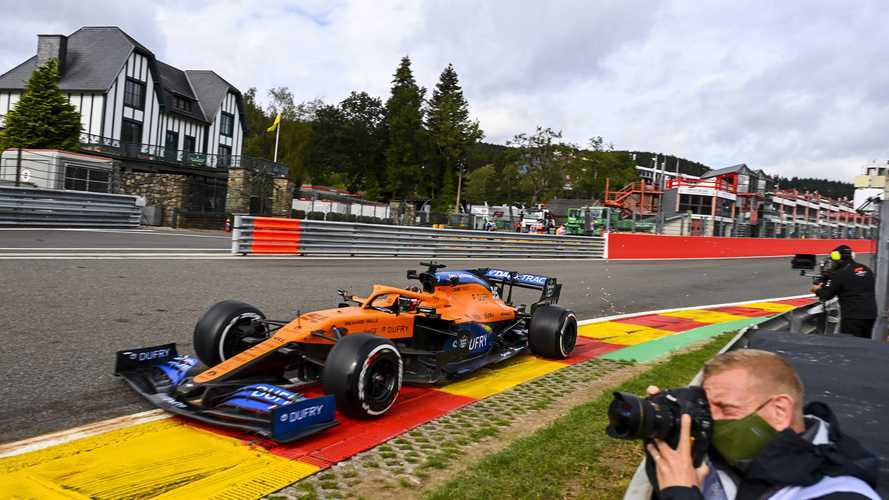 F1’s rules may prevent teams from designing all-new cars for next year, but that does not mean aerodynamic development is stopping.

The proof that teams are still working flat out in preparation for next year came in Friday practice at Spa-Francorchamps, when McLaren ran what it described as some ‘experimental’ parts to get a head start on its 2021 efforts.

With the FIA expecting gains in downforce to come, and F1 using the same tyres for the third year in a row, some rule changes have been agreed to cut back on car performance.

By far the biggest of these changes comes to the edge of the floor, with a large diagonal slice being taken out of the rear corner, limiting what can be done with the critical area just ahead of the rear tyre.

In recent years, teams have developed floors that consist of complex designs on the floor’s edge and ahead of the rear tyre.

Using fully enclosed holes, rather than the slots that were unlocked when the rules were changed in 2017, gives each team a potent tool with which to fight the ingress of turbulence under the floor created by the front wheels.

This also allows them to manipulate tyre squirt created by the deformation of the rear tyre, which can be damaging to the performance of the diffuser.

In preparation for this, McLaren is believed to be the first team to have tested a 2021 style specification floor, having equipped Carlos Sainz’s car with a new design in Belgium.

It was only a brief dalliance during FP1 but this will undoubtedly offer some real-world insight into the amount of downforce that will be lost by the changes and provide the team with some crucial data in order that it can recover some of those losses.

Speaking earlier in the day, McLaren team principal Andreas Seidl said that the parts were about getting some understanding for later in the year – when teams will be to finalise their development direction.

“We will also test today in FP1, if conditions allow and it stays dry, some experimental aero parts for later in the season,” he had revealed.

Meanwhile, over on the other side of the garage, Lando Norris was given the latest updates to test, with the team optimising its sidepod deflector arrangement for the Belgian GP.

The main deflector panels remain largely unchanged but a row of three flaps have been added beneath the main assembly to help tidy up flow in that region.