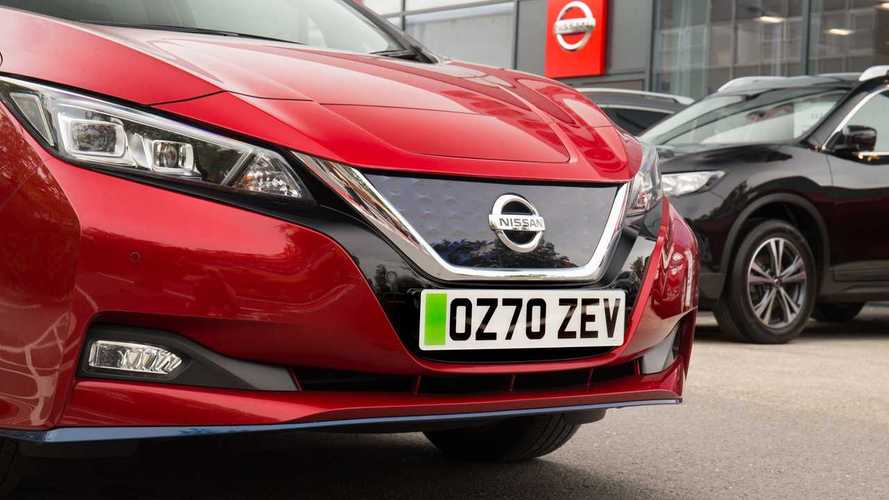 Nissan is showcasing the new green number plates before they arrive in the autumn.

Nissan dealerships across the country are gearing up for the arrival of the new 70 plate, ahead of its implementation on September 1.

This time around, special number plates will be arriving for electric vehicles which feature a green band on the left side – similar to the blue GB band used during Britain's time in the EU.

Ahead of the new plates coming in, Nissan is fitting them to its own range of electric cars to showcase what they'll look like.

The 'green plate' initiative was first announced by Transport Secretary Grant Shapps back in June as part of a wider plan to drive a 'green economic recovery'.

The green plates will make it easier to identify zero emissions cars, which can benefit from things like cheaper parking and free entry into zero-emission zones.

"Anything that encourages electric vehicle use is to be encouraged and we think the green plates will prove incredibly useful in terms of raising awareness of the benefits of emission-free motoring," said a Nissan spokesman.

While the 70 reg will arrive on September 1, an exact date for the arrival of green plates hasn't been confirmed yet, altough they will arrive in the autumn.