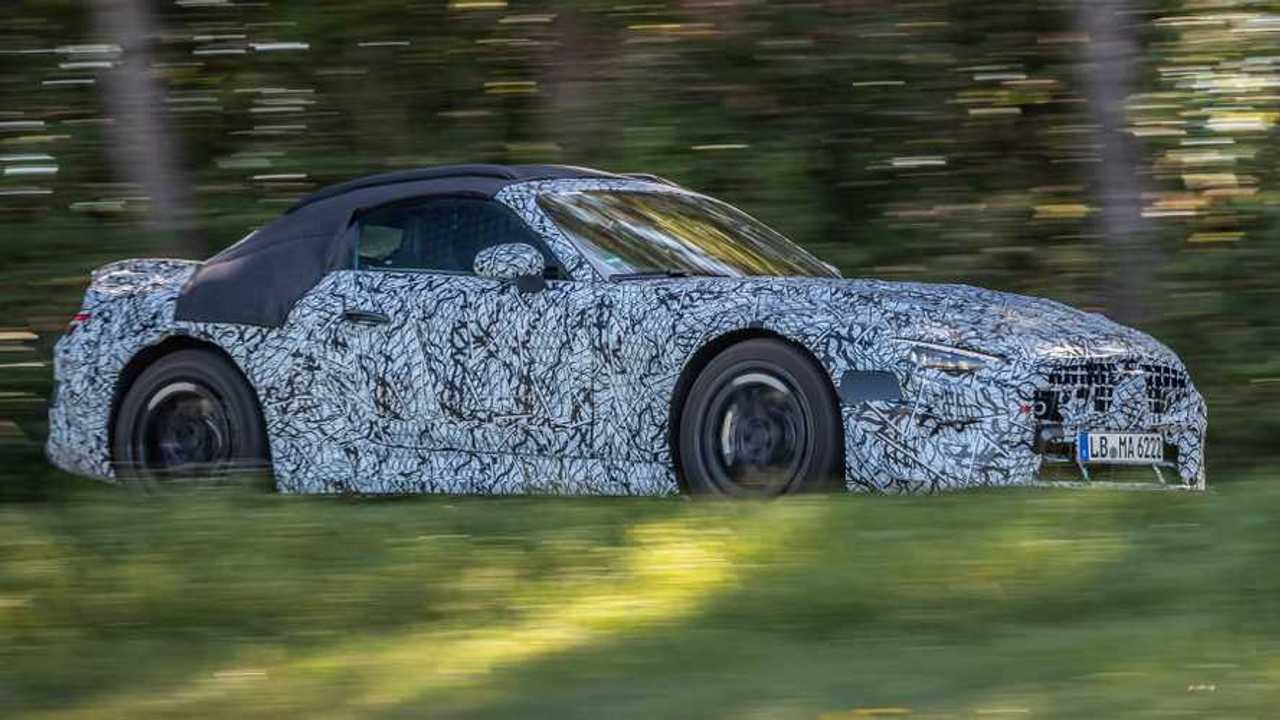 Developed by AMG, tested on road and track.

We first saw the next-generation Mercedes-Benz SL-Class testing with its production body back in January this year. Through the last seven months, the open-top tourer has been a part of "extensive digital development steps, test stand runs, and simulator trials." The German manufacturer is now happy to report back significant progress in the development of the model has been made and it’s finally moving to intensive road tests.

The overall vehicle development of the new SL will be taken by Mercedes-AMG, the company’s performance arm. The next step in the R&D process is taking place at Mercedes’ Test and Technology Center in Immendingen, as well as on public roads in Europe. The automaker has released photos of the two-seater showing it with full-body attire and additional fabric camouflage covering the roof.

Speaking of the roof, it is believed the new SL will switch from the hardtop layout of the current model to a fabric roof. There are also rumours about a potential 2+2 interior configuration but nothing can be confirmed with complete certainty. Design-wise, Mercedes has said the new SL will be inspired by the original 300 SL.

The AMG-developed roadster will be closely mechanically related to the next-generation AMG GT. That doesn’t mean the two will be identical but they’ll probably share a few powertrain options. The roadster’s engine range will begin with the RWD SL 43 and go all the way up to a rumoured SL 73e 4Matic with a hybridised 4.0-litre twin-turbo V8.

Mercedes is not ready to disclose its launch schedule for the new SL but we believe the open-top tourer will be revealed towards the second half of next.

Check out the Mercedes SL interior's evolution across all 6 generations
++