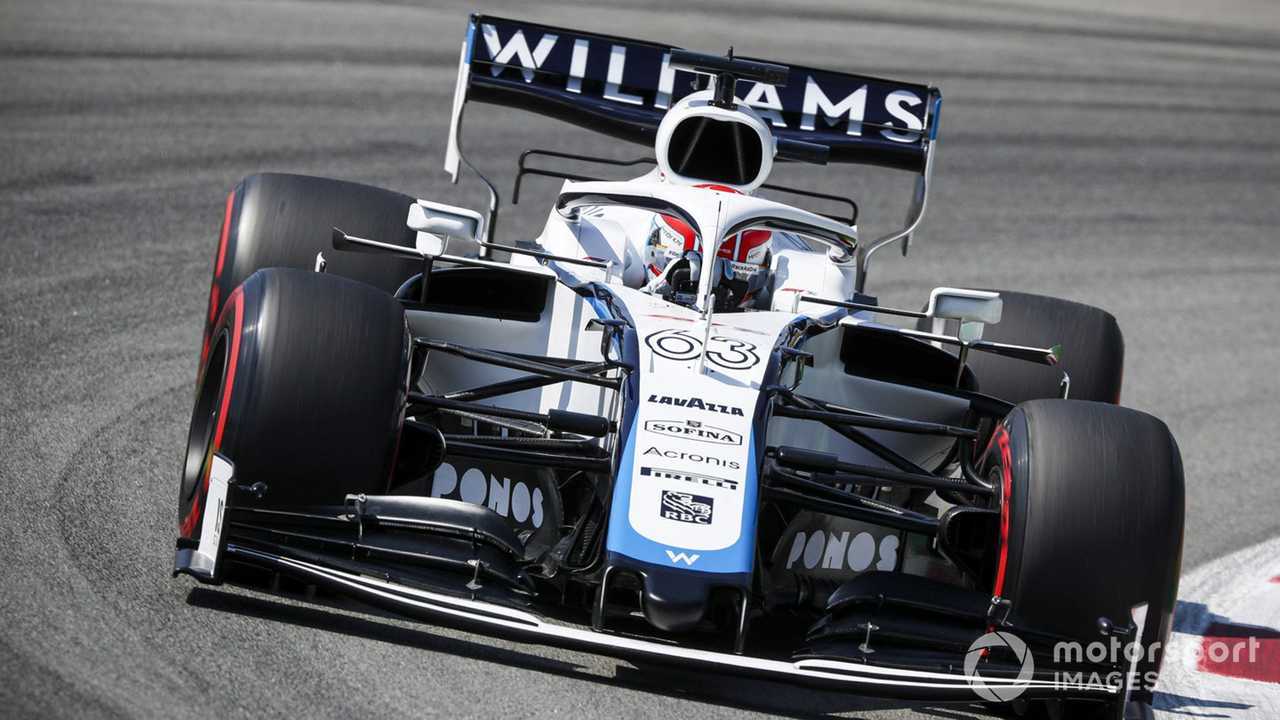 New owners of the Williams F1 team are conducting a “full review” of the business, but is confident that its culture will not change.

George Russell also admitted that it was “slightly nervy time” before the team’s future was secured.

Last week Williams announced that the company had been sold to US investment firm Dorilton Capital, although few details have been forthcoming other than the fact that the team’s name will not change.

Mercedes protege Russell is committed to staying with the Grove outfit until the end of 2021.

“I spoke with Matthew Savage this morning, who’s the chairman of the company,” said Russell. “At the moment, they're in a full review of what changes need to be made, who will be forming the management side of the company.

“It’s very positive news for Williams as a whole and everybody who works for the team and for both of us as drivers.

“Obviously a slightly nervy time previously, and I’m very pleased to see that the team is stable moving forward, and has got a great company behind to help put Williams back to where they belong, which is definitely higher up the grid."

Asked if he’d like to see the Williams family remain involved, he said: “The Williams family has been a huge part of F1. I think the most important thing with this change of ownership is the name and that side of things will be continuing, which is very important, obviously.

“The Williams family would not have sold to somebody who they didn't believe would be beneficial for the team moving forward.

“The culture will not be changing from a historic side. Keeping the name of the team is very important as well for us drivers and the people back at base.”

Russell believes that the new F1 rules that are coming in 2022 could present an opportunity for Williams.

“I think firstly, F1 is an incredibly complex sport. And as you see historically things don't change drastically very, very quickly. I think 2022 is a great new opportunity for all the teams to start from a new basis."

Russell’s teammate Nicholas Latifi, whose father Michael provided a loan that helped to get Williams through this year’s financial squeeze, is also upbeat about the new owners.

“Overall, I think it's a very positive step for Williams,” said the Canadian. “I think it's secured the future and stability of the team, which is first and foremost the most important thing.

“I think in the coming days, weeks, months, they're going to be evaluating everything, like any company would when they're acquiring a new company, and see where the investment needs to be diverted to. I think overall, it can only be positive.”

Regarding the future team management, he said: “I think the DNA of the team has always been a family-run team, I'm sure that side of things will not change, which is again, part of what makes Williams Williams. Beyond that, what happens, again I think it's still far too early to comment or speculate on anything.

“Of course, as far as I've been with the team I've been really enjoying that side of things, the team environment, and the culture that's been cultivated here over so many years. So I would hope that that would stay.”