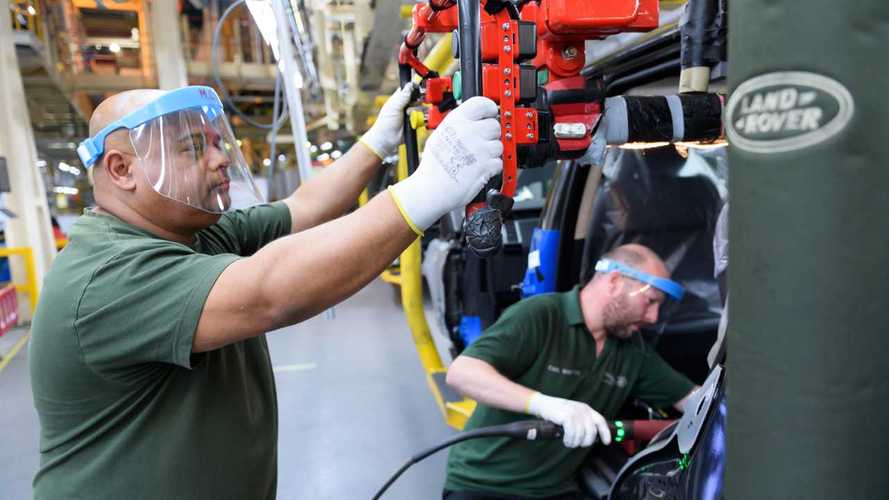 But industry body bemoans lack of certainty for the future.

UK new car production climbed to around 80 percent of normal levels in July as the industry slowly regains its feet after lockdown. After manufacturing was more or less halted by the coronavirus pandemic and resulting lockdown, the sector has gradually been returning to normal this summer.

In June, production rose to a little over half the level seen in June 2019, but last month was much closer to 2019’s benchmark. Figures from the Society of Motor Manufacturers and Traders (SMMT) showed British factories produced 85,696 new cars in July – 79.2 percent of the number seen in the same month of last year.

The recovery has been driven by car makers ramping up production after lockdown, although the SMMT said social distancing requirements continued to “stifle” factories. But a lack of demand – particularly here in the UK – also prevented manufacturers reaching the output levels of 2019.

Production of vehicles destined for customers here in the UK fell by 37.1 percent compared with July 2019, with just 13,434 British-spec cars built on these shores. In contrast, the export market, which usually accounts for about 80 percent of the UK’s output, only saw demand fall by 16.8 percent.

Overall, the coronavirus pandemic has left the UK car manufacturing 39.7 percent behind where it was at the end of July 2019, with just over 307,000 fewer cars rolling off production lines. Production for overseas markets was down 38.5 percent over the first seven months of the year, while production for the UK was down 44.5 percent.

Nevertheless, nearly all the UK’s car factories had reopened in July, and with lockdown measures eased, the country’s production was far closer to normal levels than at any time since March. But despite the reasons to be cheerful, the SMMT’s chief executive, Mike Hawes, said the industry still lacked certainty going forward.

“As key global markets continue to re-open and UK car plants gradually get back to business, these figures are a marked improvement on the previous three months, but the outlook remains deeply uncertain,” said Hawes.

“With the sector now battling economic recession as well as a global pandemic, it has neither the time nor capacity to deal with the further shock of a ‘no-deal’ Brexit. The impact of tariffs on the sector and the hundreds of thousands of livelihoods it supports would be devastating, so we need negotiators on both sides to pull out all of the stops to ensure a comprehensive free trade deal is agreed and in place before the end of 2020.”