PHEVs are doing their job to familiarise drivers with electrification and convince them to go all-electric in the future.

A new survey, conducted by Kadence International, among 1,035 Mitsubishi drivers in the UK (on behalf of the manufacturer), hints that plug-in hybrids are an important intermediate step in the transition to fully electric cars.

We are aware that the Japanese manufacturer will present us with everything that supports the Mitsubishi Outlander PHEV sales to profit, but let's take a look at the insights.

First of all, the group of 1,035 drivers split almost equally amongst PHEV and ICE drivers.

As it turns out, 48% of Outlander PHEV drivers considered a fully electric vehicle when deciding which car to buy. On the other hand, only 9% of ICE drivers were considering an all-electric car, and 23% of them considered PHEV.

In other words, many buyers were not ready to switch to fully electric cars - range anxiety reportedly was one of the main barriers. Plug-in hybrids at least for now was their only way to drive electric (in EV mode).

In the future, the share of those who consider BEVs is expected to grow. According to the study, now 70% of Mitsubishi Outlander PHEV owners surveyed would consider a BEV as their next purchase.

"Plug-in hybrid vehicles not only have an immediate environmental impact, they help familiarise consumers with electric vehicles, providing the perfect segue to a pure electric future. The survey also reveals 70% of Mitsubishi Outlander PHEV owners would consider a fully electric vehicle for their next purchase compared to 27% of ICE drivers." 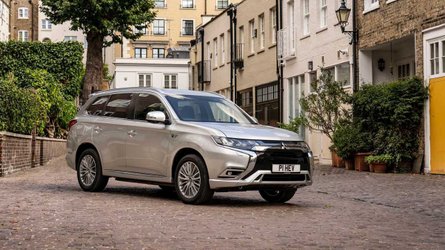 “This latest research reinforces the fact that PHEVs are a gateway to an all-EV future. Consumers still harbour concerns about pure electric vehicle range, affordability and relying on the nascent nature of the charging infrastructure in the UK, all of which can be addressed by PHEVs while these issues are resolved over time. In the interim, PHEVs can help both the industry and government make an immediate impact on climate change and air quality, especially in urban areas, and speed up the acceptance of electrified vehicles”

If we treat the results seriously, that more and more consumers in both ICE and PHEV category will be switching to BEVs, the next step should be to offer an all-electric car right? But is an electric Mitsubishi coming?