Land Rover is ringing the changes ahead of 2021.

The Land Rover Discovery Sport has been updated for 2021 with the addition of new engines and a new, high-end special-edition model. Complete with a more powerful version of the 2-litre petrol engine already seen in lowlier models, the Discovery Sport Black is marked out by a host of internal and external styling tweaks.

As the name suggests, most of the changes are black, including the contrast roof and 20-inch gloss black alloy wheels. Black part-leather seats are standard, too, along with black roof lining, but flashes of red also feature. Not only do black brake callipers come as standard, but the cabin is set off by red contrast stitching.

Otherwise, the Black version is based on an R-Dynamic-spec car, so there’s a 10-inch touchscreen infotainment system and two-zone climate control, as well as a variety of other goodies. Front and rear parking sensors, a parking camera and keyless entry are all included, too. 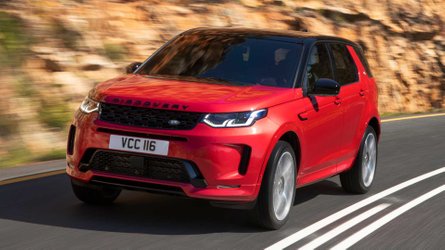 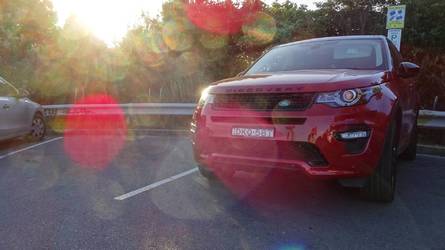 But the most important feature of the Black model is the new engine. It’s a 286 bhp version of Land Rover’s Ingenium four-cylinder petrol engine, and it’ll take the big family SUV from a standstill to 60 mph in seven seconds.

Elsewhere in the Discovery Sport range, the D165 and D200 diesel engines are both offered with fresh mild-hybrid technology, which harvests energy normally lost while decelerating. Available in conjunction with four-wheel drive, the system is designed to give drivers “smoother stop-start operation” and “optimised” fuel economy.

And that isn’t the only tech upgrade for the Discovery Sport, which is also getting the new Pivi infotainment system. Land Rover says the technology is ready to go as soon as it’s switched on, thanks to a separate data plan and battery. The system can be updated over the air through the car’s embedded data connection, which Land Rover claims will allow customers to access maps, apps and vehicle features without having to visit a dealer.

Other updates for tech fans include new driver assistance features, including Rear Traffic Monitor with automatic braking, helping to prevent or mitigate reversing accidents. The introduction of a 3D Surround Camera also shows the driver what’s happening around the vehicle at speeds of up to 19 mph.